We have 20 taps in our taproom filled with a huge variety of in-house crafted beer and hard seltzer waters.

The most common thing our customers tell us is “You have something for everyone.”

That’s because we don’t have 17 IPA’s on tap. We usually have 3-5 IPA’s along with a few sours, belgians, germans, lagers, pilsners, seltzer waters, etc.

No matter your taste for beer, we have something you’ll dig. 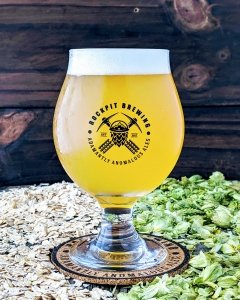 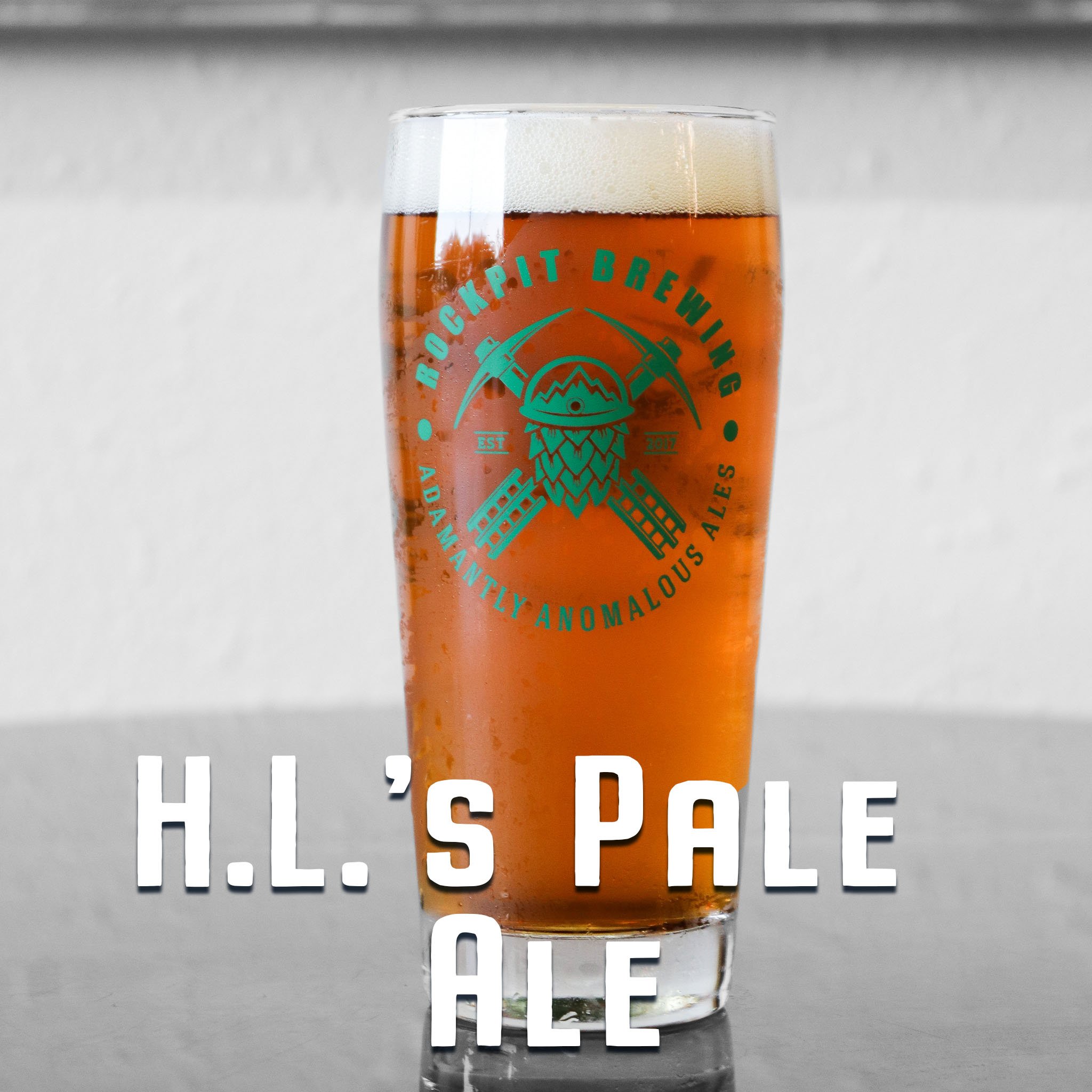 H.L.’s Pale Ale is a highly aromatic and cleanly bitter beer with a crisp but fruity body.

Fun fact: H.L. means Homer Little. The grandfather of Jeremy Pittman (co-founder of Rockpit) and a coal miner for the Red Jacket Coal Company until 1959 when he moved his family to Florida.

Homer is the man we’ve paid homage to with our brewery. 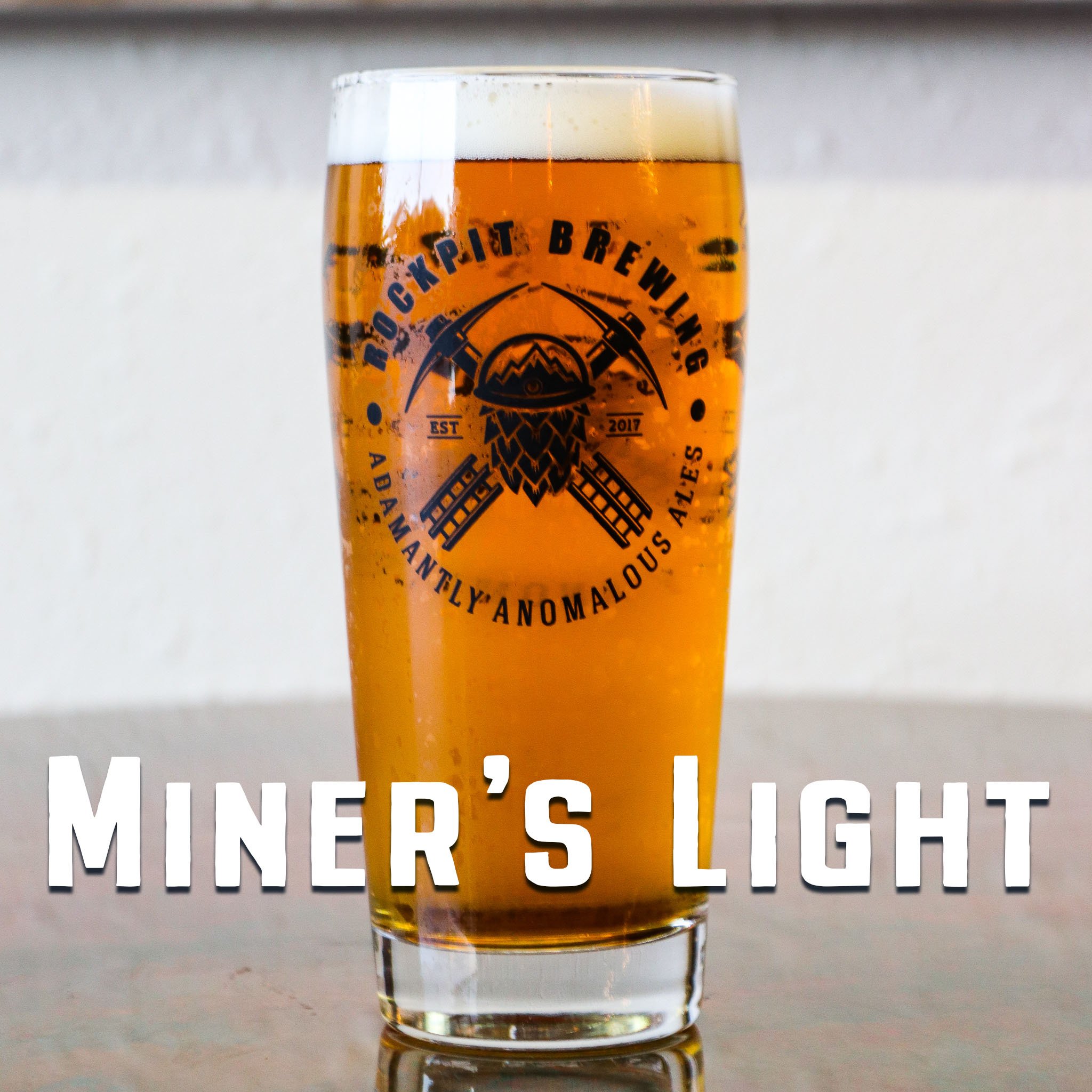 Our interpretation of a light lager. One that actually has color and doesn’t taste like beer flavored water.

Light bodied and crisp, this is sure to please those enthusiastic Coors, Bud and Miller drinkers and introduce them to what beer is supposed to taste like.

Even the most ardent craft beer lovers will appreciate this light lager as it’s the style of beer brewed long before the bland, boring beers took over the world.

You’ll also notice there isn’t any rice in our light beer.

Fun fact: If you substitute the E with an O in Miner’s, this beer takes on a whole new meaning. One that we want to avoid. 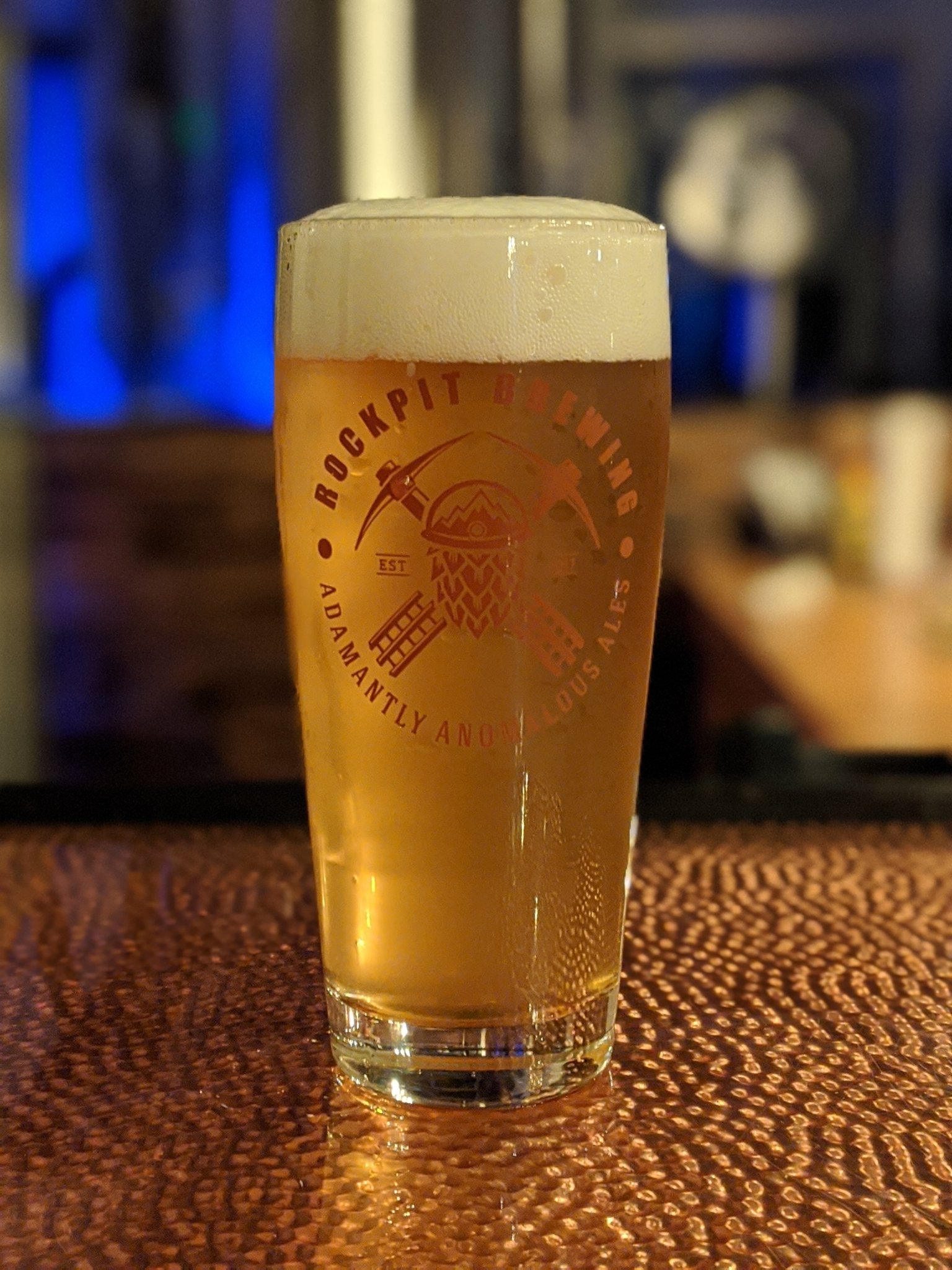 Medium-light in body with crisp, clean upfront bitterness. You’ll want to take time to savor the strong tropical and citrus notes that are prevalent in this all-american IPA.

Fun fact: A “Cackler” is what they called a miner who let others do the heavy work. 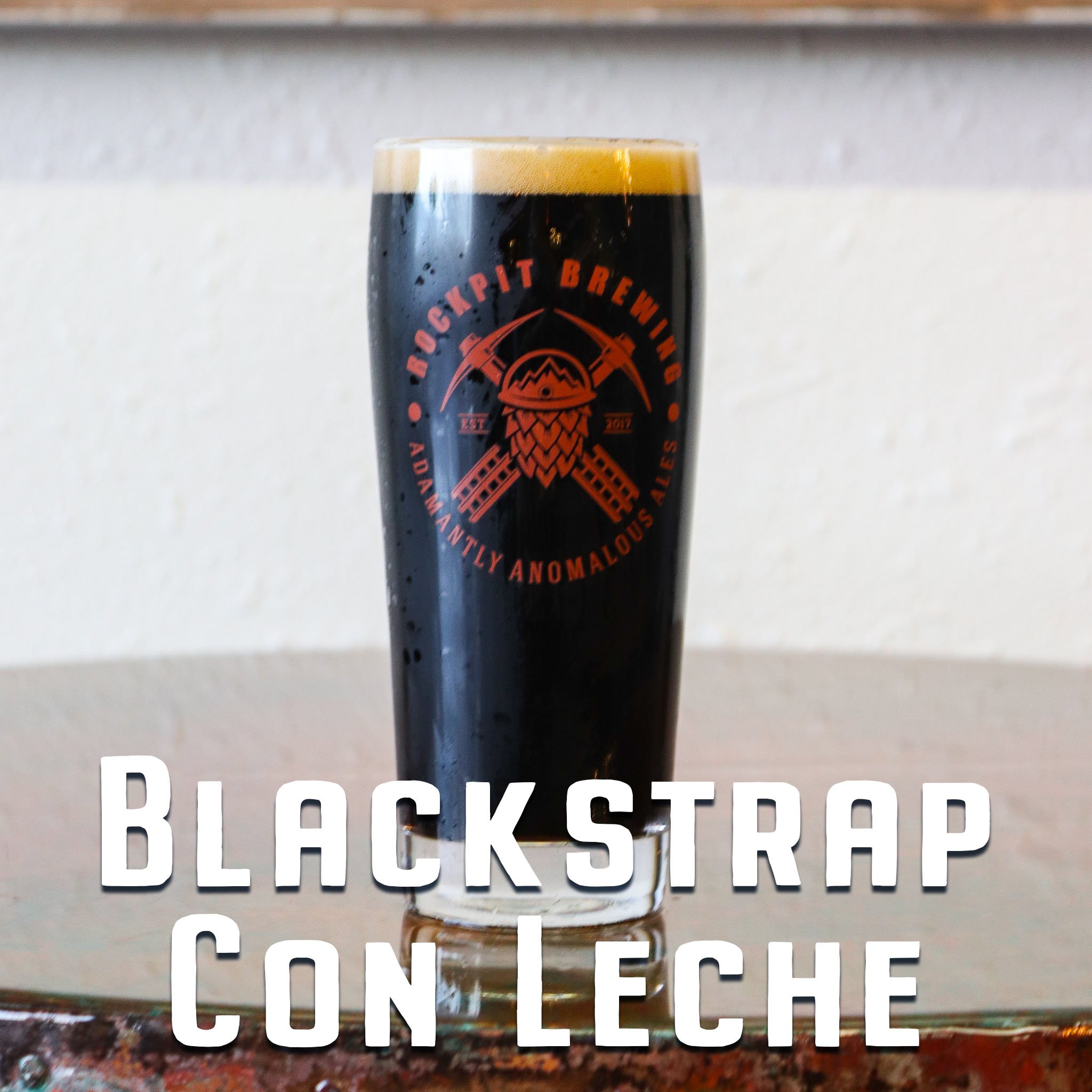 This coffee milk stout is smooth and silky with roasted coffee tones and a creamy finish. So easy drinking, yet totally anomalous.

Fun fact: Black strap is what miners called coffee. It’s also what they called the oil that went into their oil lamps in the early 1900’s. Which makes us think a lot of miners drank really bad coffee.

Luckily we used a VERY good coffee in this beer which you’ll absolutely appreciate when that first sip hits your tongue.

Oh and “con leche” is spanish for “with milk”. This beer has nothing to do with Spanish culture but we couldn’t think of anything better to use. “With Milk” doesn’t look or sound cool at all. “Con Leche” looks and sound really cool.

Now say it with a Spanish accent. You feel cool, right? 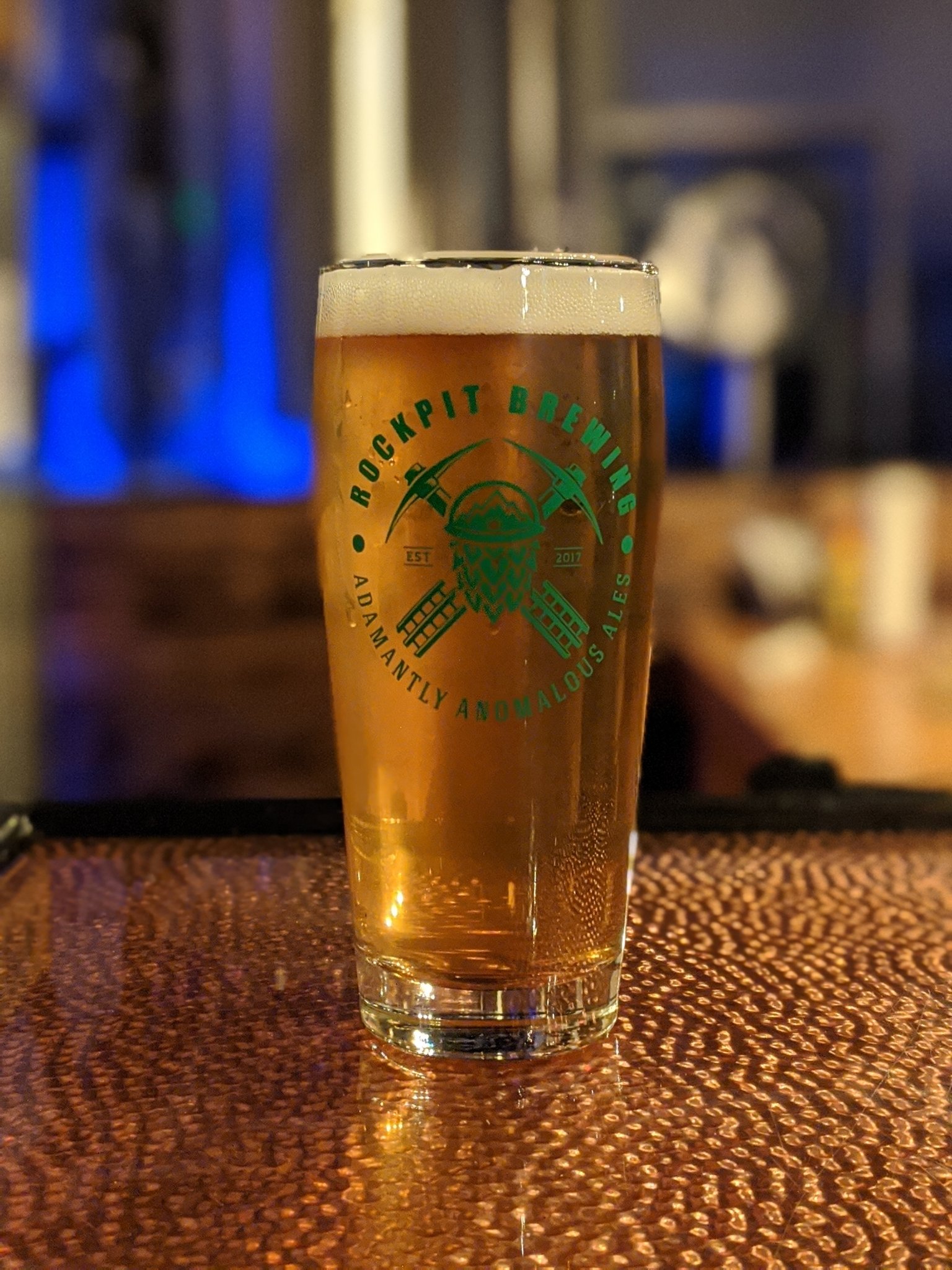 Our RPB house blonde that’s easy drinking with a light, crisp finish. You might even notice a slight fruity note in the first few sips.

Side note: Apparently it’s illegal to ride a blondin in an abandoned mining area. Wish they would have told me that before the authorities were alerted. 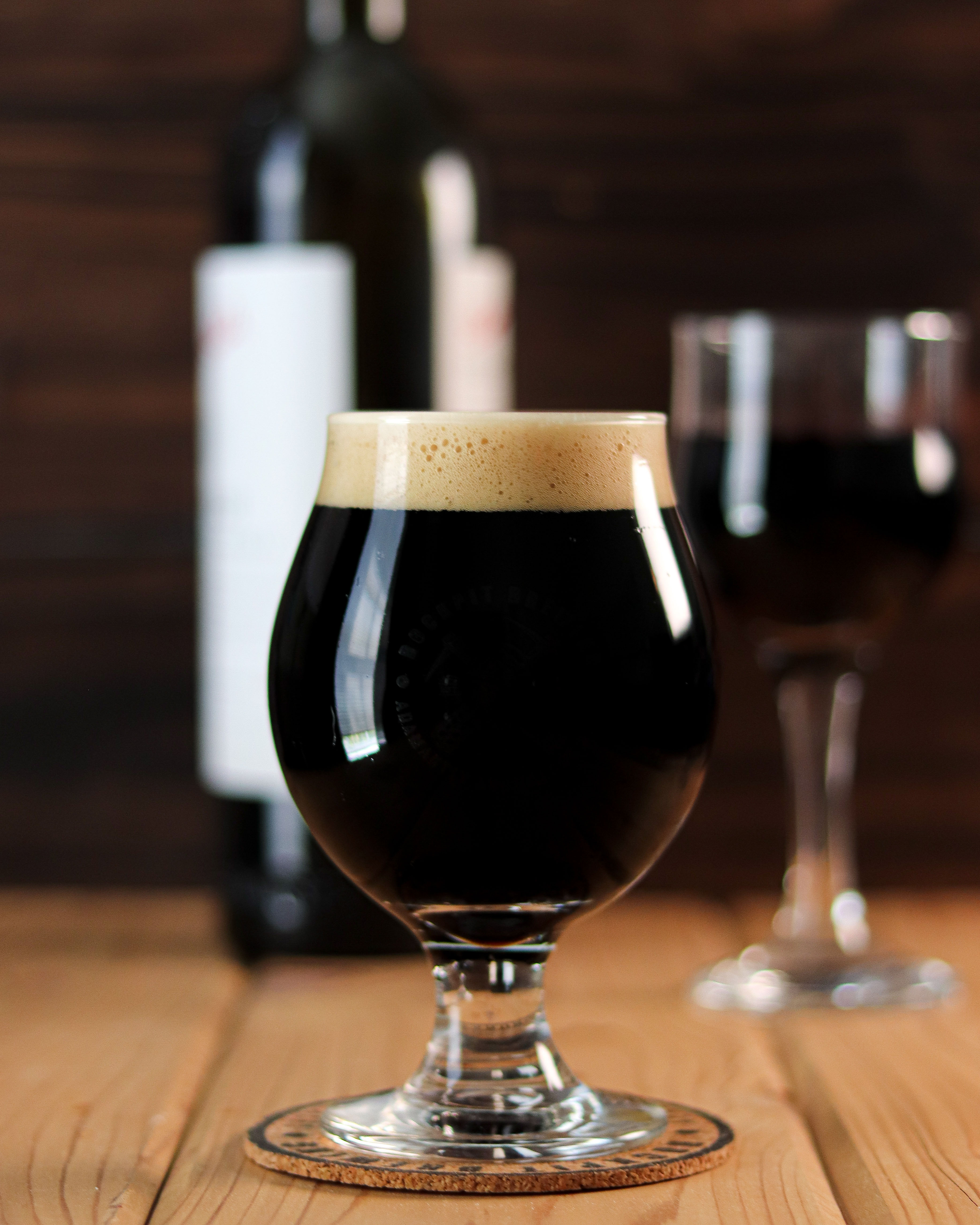 A black Saison? Yep, absolutely. You’re going to get the funkiness you’re used to with a Saison as well as a beautifully balanced roastiness from the darker malts.

Whether you like dark beers or Saisons, you’ll need to try this super limited batch before it’s gone. 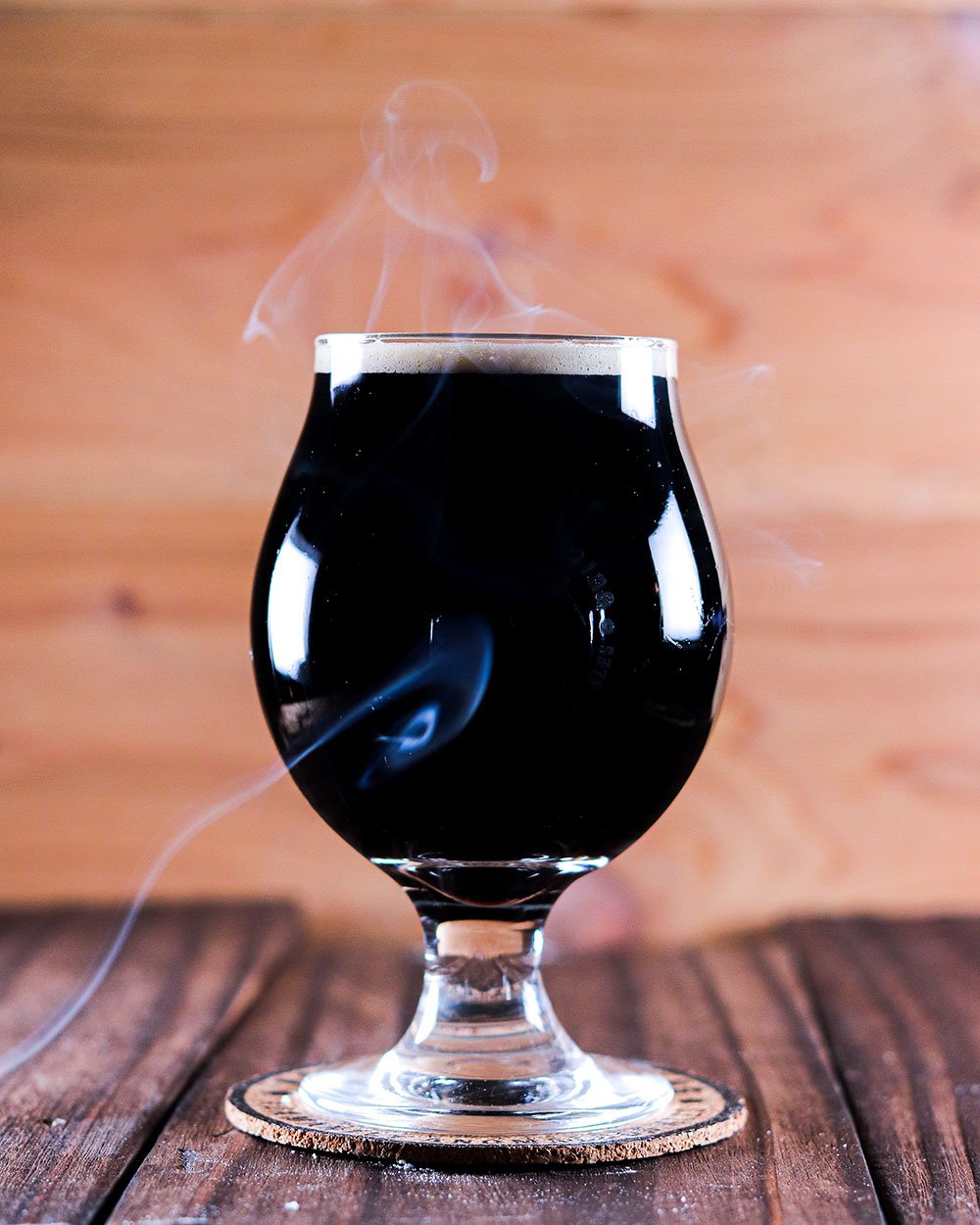 Diffusion Porter is our smoked oatmeal porter. We took some of our grain and had Cecil’s BBQ smoke it for us. The result? A super roasty, chocolately and slightly smokey porter. 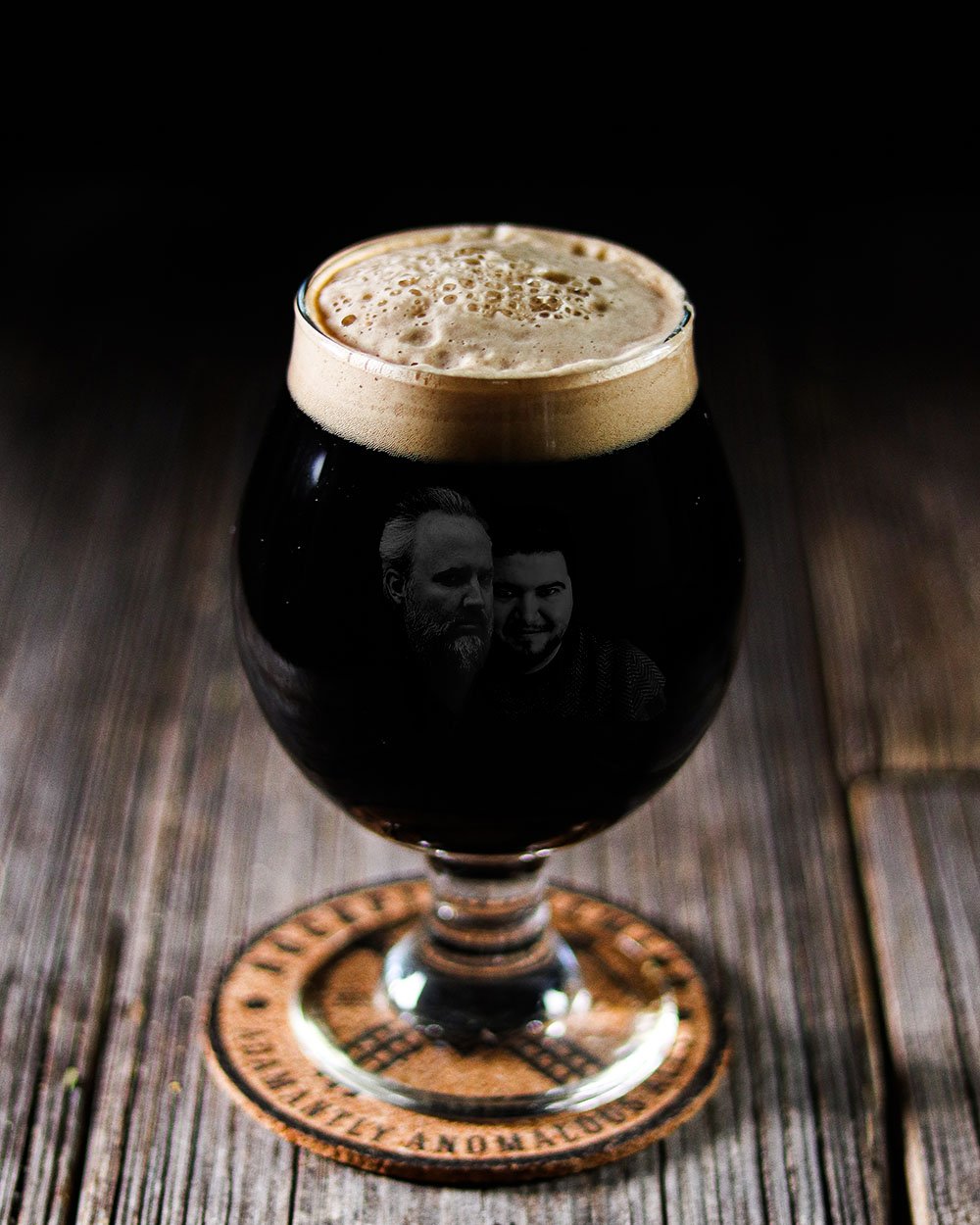 Looking for a “killer” beer to terrorize your taste buds?

Our Black Rye Double IPA called Black The RIIPA is slightly roasty, piney, and fruity.  It will terrorize your taste buds into begging you to stop, with your brain screaming at you for more.

Coming in at 9.3% ABV, it’s going to be one you’ll need to sip for a while to let the terror reign for as long as possible.

And you’ll love every sip of terror. 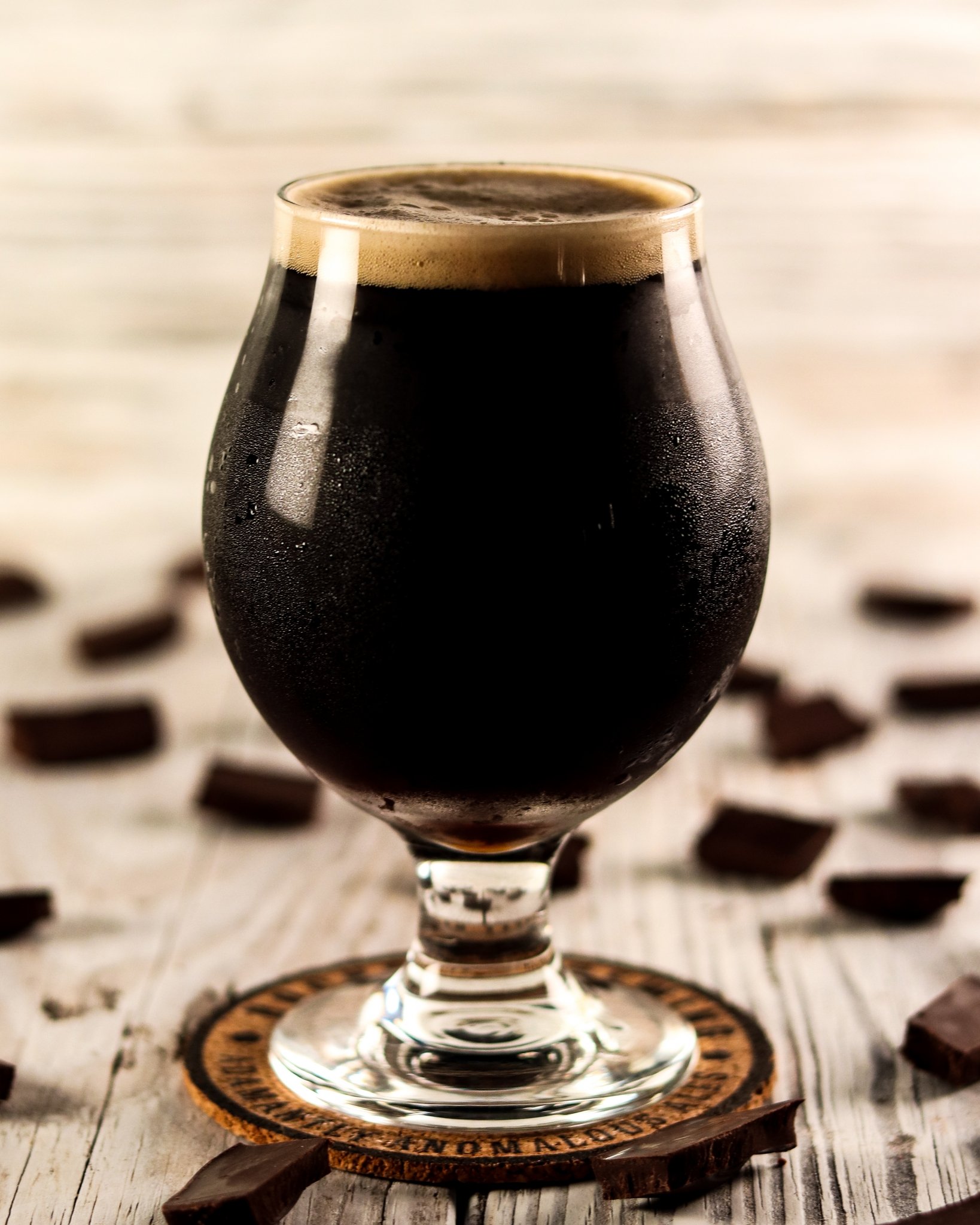 Aged on cacao nibs for a few weeks, the chocolate is the star in both the aroma and flavor.

If you like porters, this one is for you. We think you’ll dig it. 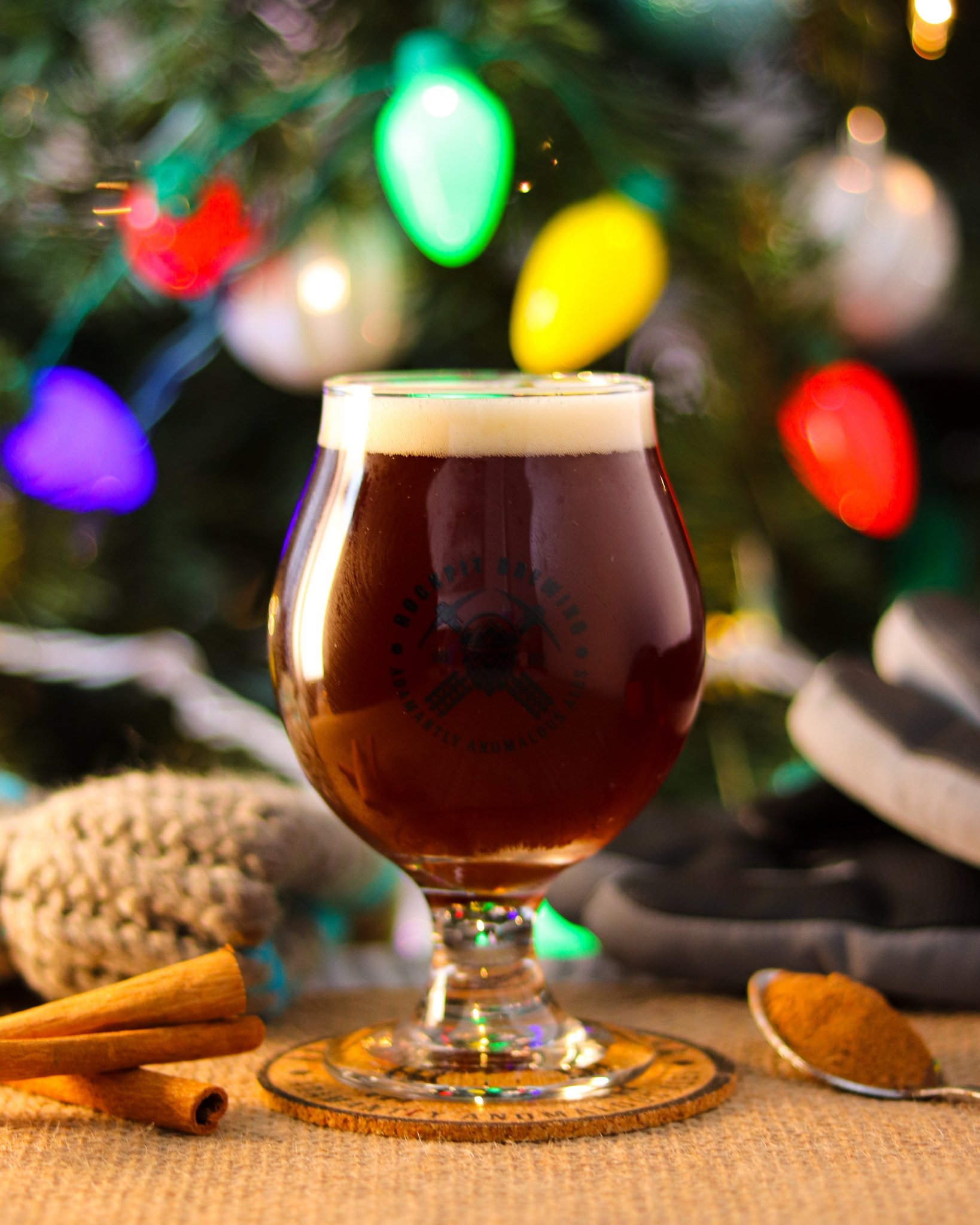 This seasonal holiday ale is spiced with cinnamon, nutmeg, ginger, and allspice.  It delivers a curiously warm and savory experience even though it is served at 43°F.

And at 7.7% ABV, the warming effect will definitely hit you after 1 or 2 of these.

So swing by and grab a “Pair of Extra Gloves” and enjoy it by our fire pit.

Why did we call it “Pair of extra gloves”? 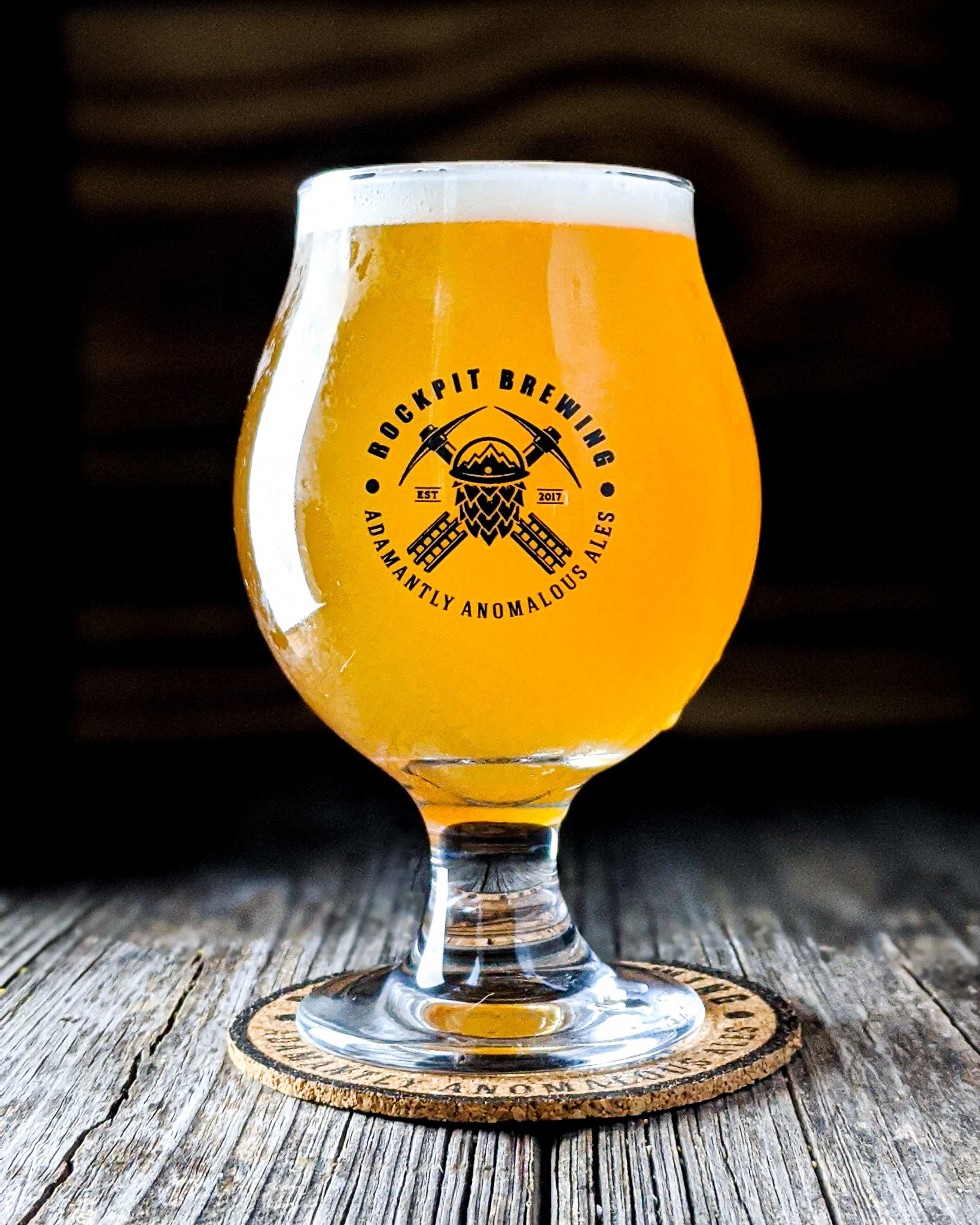 You won’t believe the ABV on this when you try it. People are shocked when we tell them.

Why? This is such an easy-drinking ale that still has plenty of complexity but completely hides the high ABV.

On the nose, you’ll get some fruitiness, subtle spiciness and hop aroma. The flavor mimics the aroma with a nice mix of fruitiness and spicy undertones with a dry finish.

And at an undetectable 7.9% ABV, it’s a bright ray of light on a cold dark night. 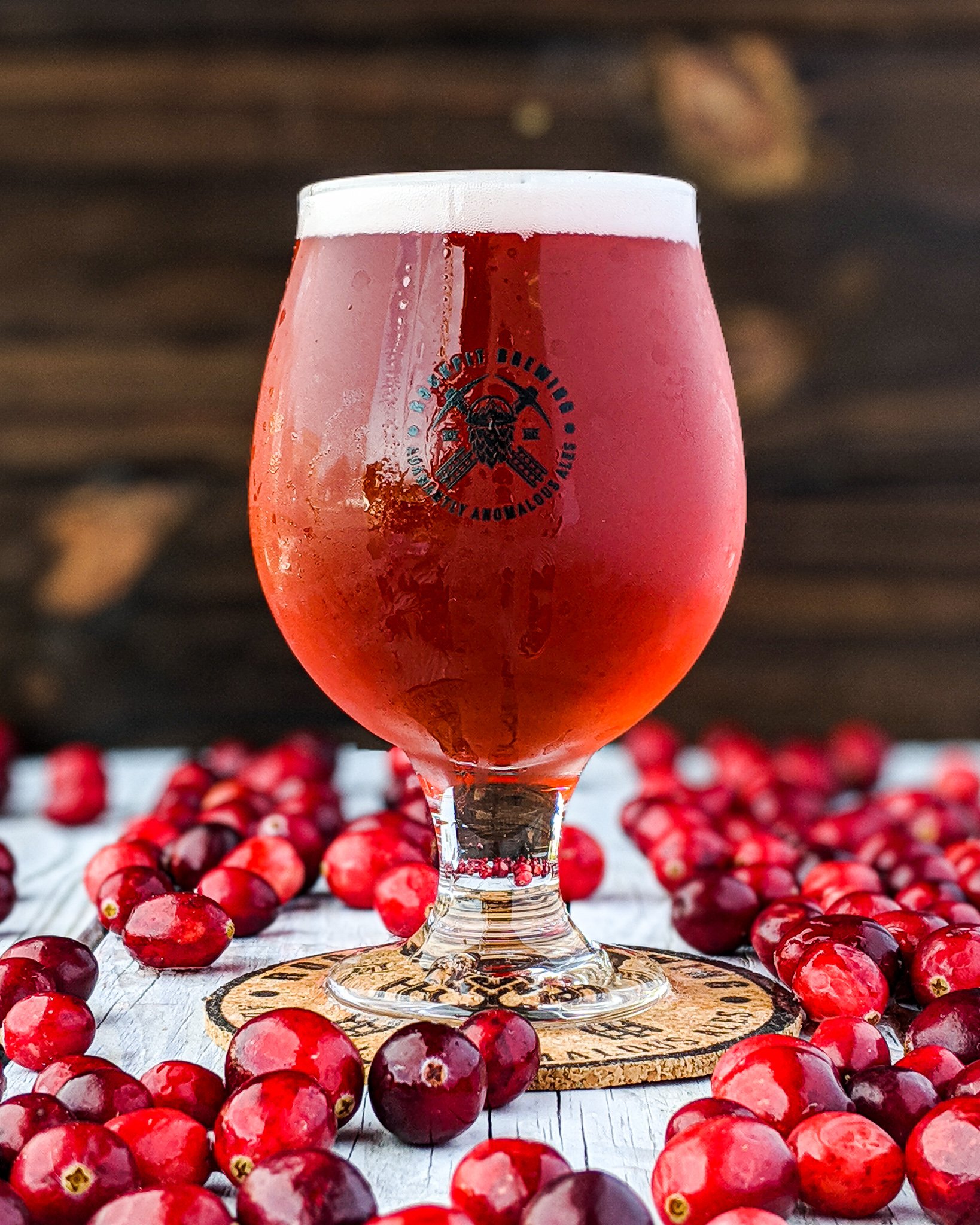 Explosive cranberry tartness coming at you with Cranamite, our Cranberry Berliner Weiss.

When we first tasted this beer, our eyes widened as the explosive cranberry flavor dominated our taste buds.
The word “Whoa!” was uttered by Jeremy as he threw his glass on the ground from excitement. We’re still finding glass everywhere.

The gorgeous red color comes from being aged with 60 pounds of cranberry puree.
If you love tart sours, this is absolutely a beer you have to try before we run out of it. Which we tend to do quickly.
Cheers! 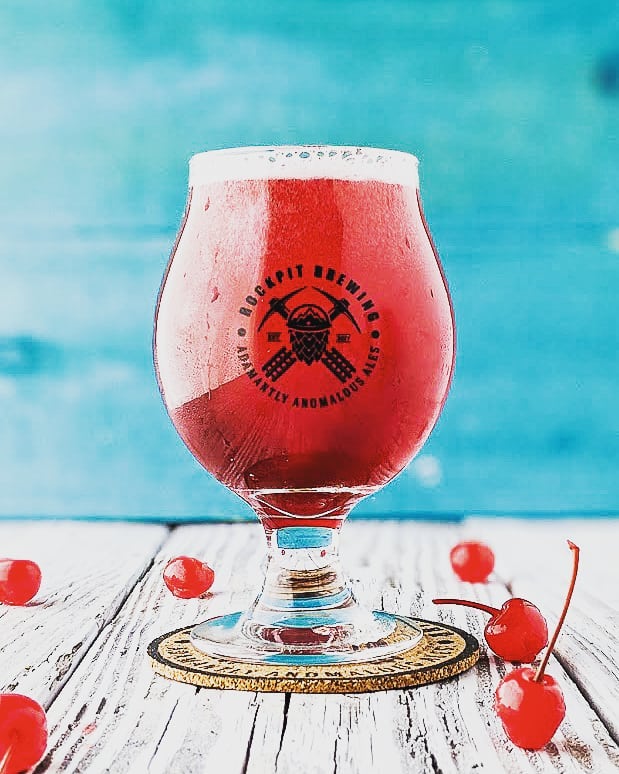 Over 60 pounds of cherry puree was used to make this refreshing and slightly tart beverage that will leave you wanting more.  Good news – we have more.  This one pairs very well with Cecil’s Smoked Tacos that you can only get here! 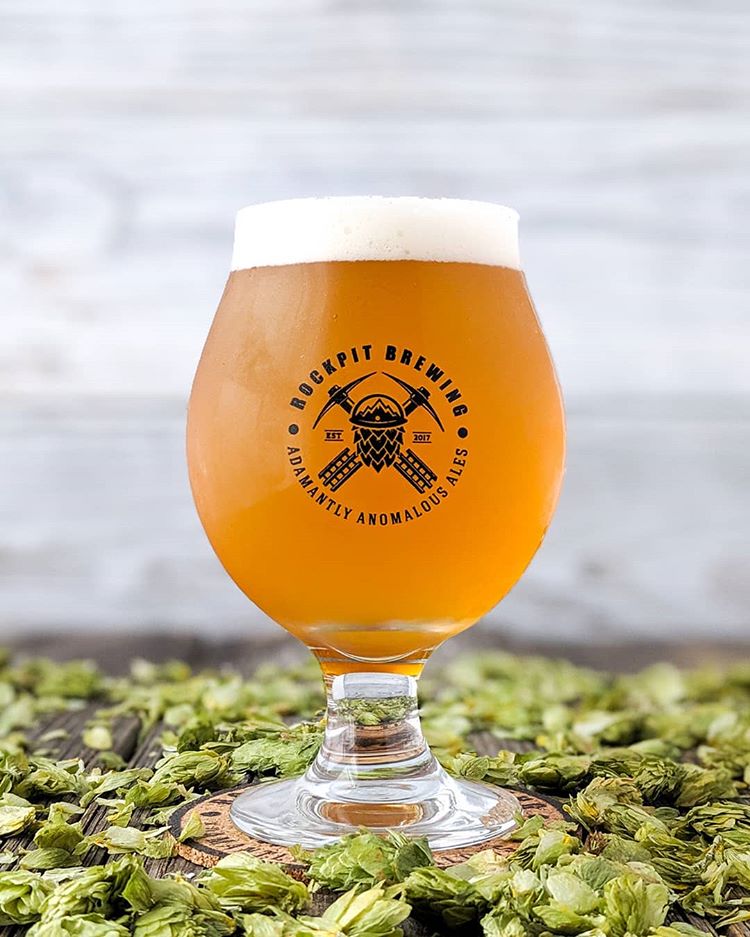 It’s back by popular demand!  This is a “Tart IPA” which means we made an IPA, soured it, then dry hopped to give it a tropical flavor with a small amount of bitterness. 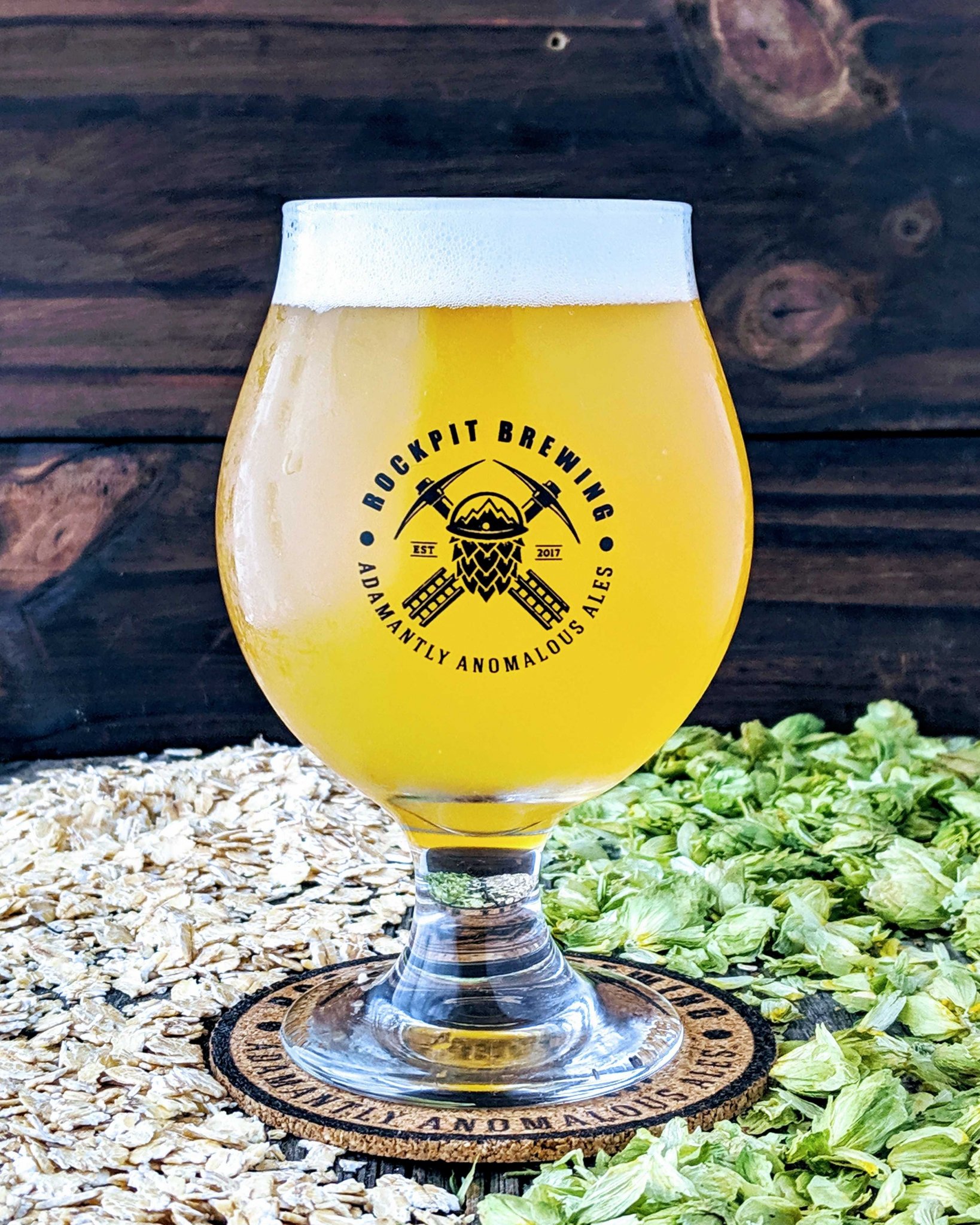 OTAY! IPA is a Wheat IPA that features aromas of melon and fruit, flavors of pine and earthiness, and a subtle fruit character.

We love Eddie Murphy, and one of Eddie Murphy’s characters on SNL was Buckwheat from Little Rascals.

His catchphrase was “OTAY!”, hence the name OTAY! IPA. Get it? BuckWHEAT? OTAY!? We’ll at least the beer is damn good.

Centennial Savage the first in our line of Smash New England IPAs we’ll be brewing up. This one is hopped with all Centennial hops. 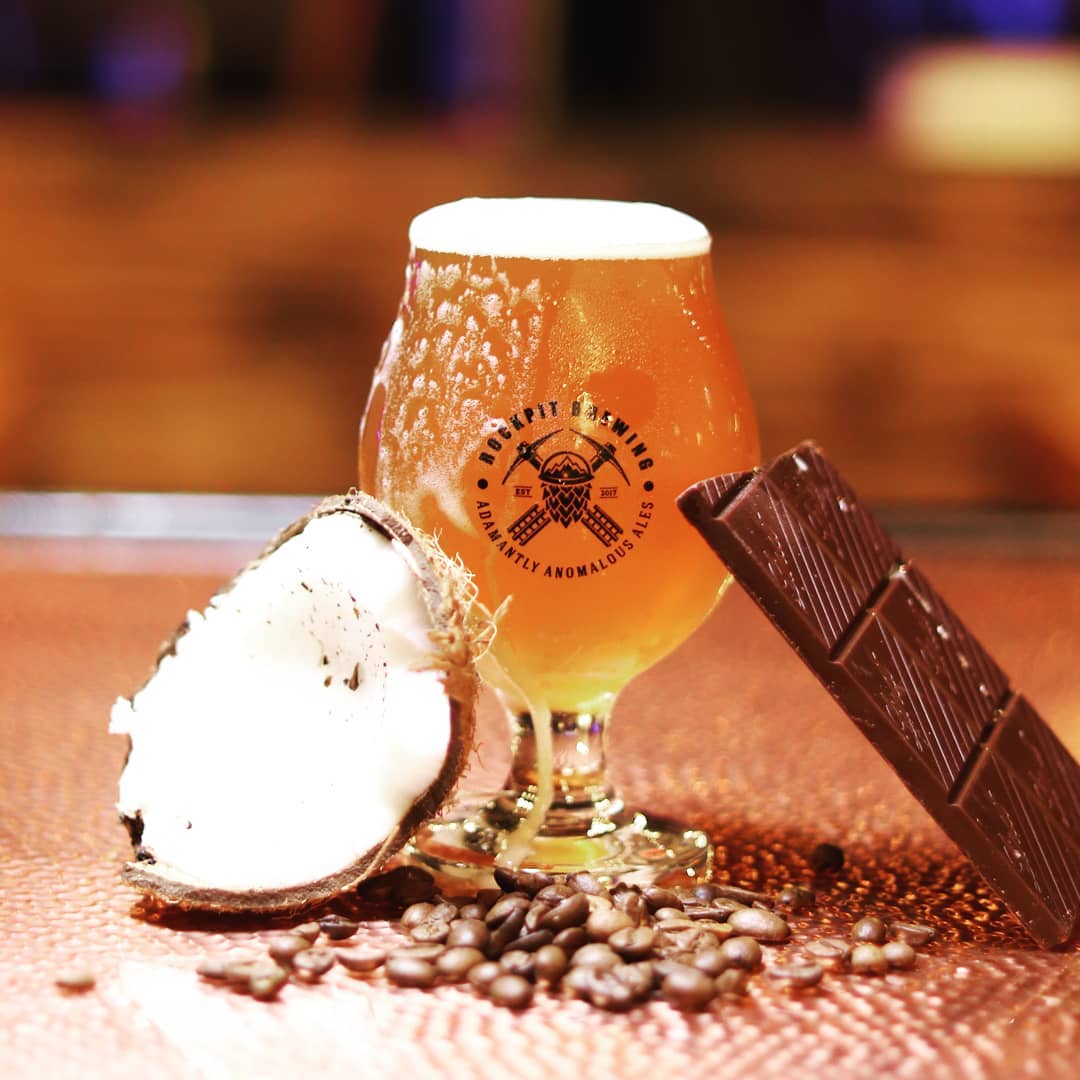 Coming in at 6.9%, this super easy drinking stout is sure to be the gold you’re looking for any day of the week. 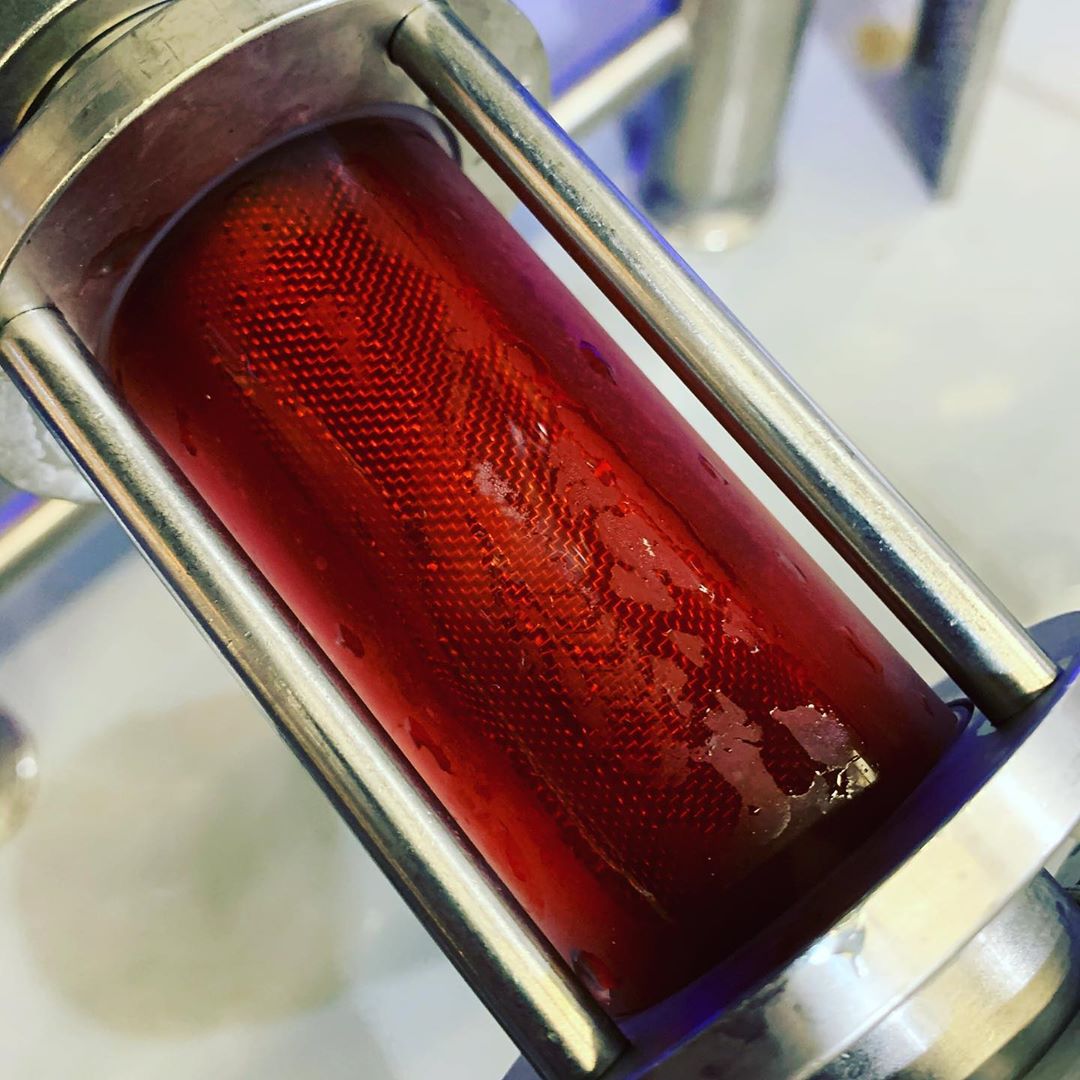 A smooth, sexy, fruity, chocolatey sour. Appropriately named “Velvet Whispers”, you’ll no doubt hear “Careless Whisper” in your head as you savor each and every drop until there’s nothing left. 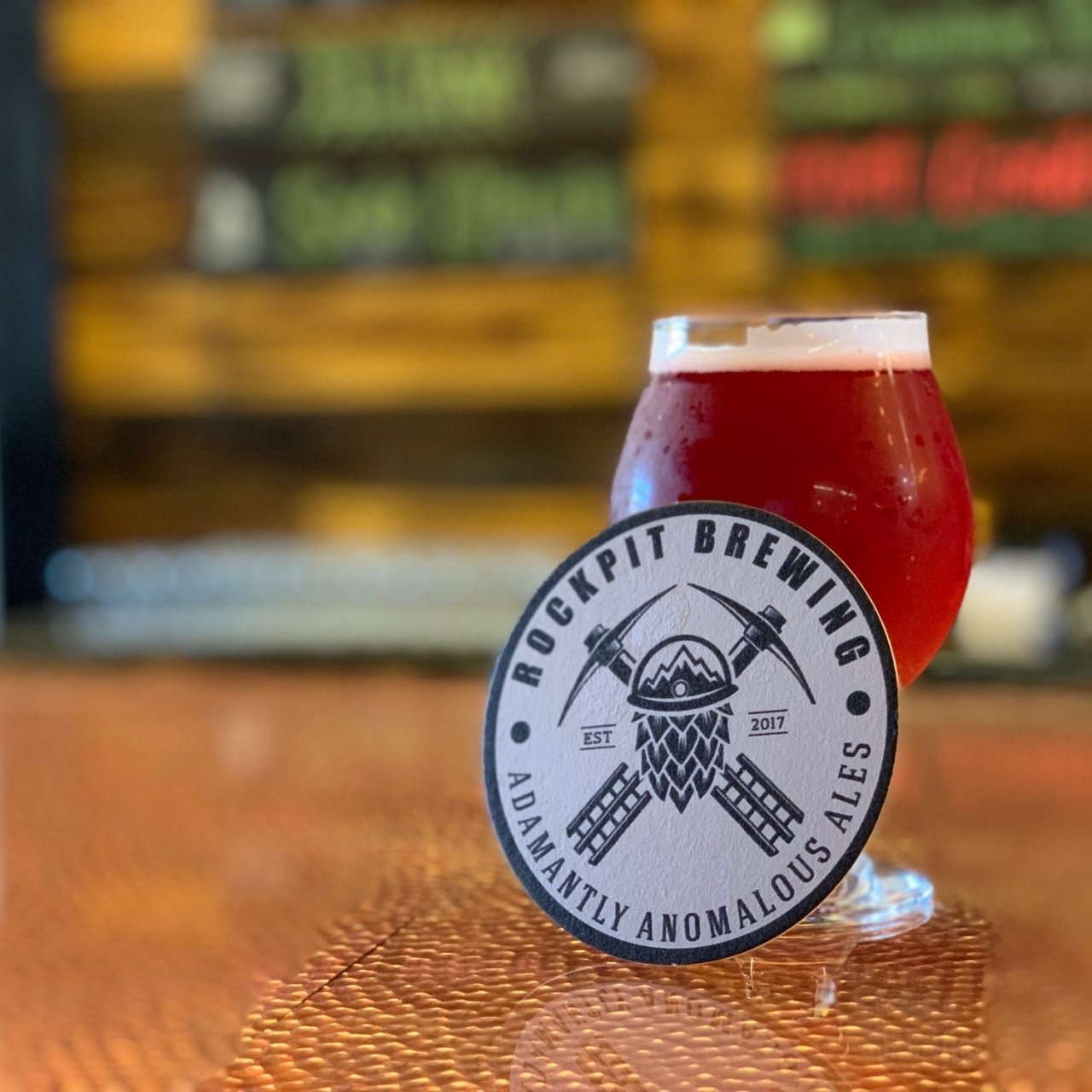 Our signature berliner weisse beer treated with hibiscus and rose hips to give it a berry-like, fruity and floral flavor as well as naturally give the beer a pink hue.