What‘s ’Merica? This is…

The butterflies in your stomach flutter as she places the freshly peeled and sliced banana into the bowl. The chime on the door rings behind you. Everyone looks except you. Nothing exists except her and that bowl right now.

You stare without blinking as she sets three mounds of slow-churned ice cream into the bowl.

“Strawberries” you whisper to yourself. You’ve seen this show before. The slices of strawberry she drops onto each mound of ice cream slide perfectly into place. She pauses for a second, shakes her head, grabs a few more slices and tosses them on like an ice-cream Picasso.

“There we go” she proclaims.

The chocolate sauce pump is pumped three times as she moves the bowl around to ensure even coverage. Three symmetrical dollops of whipped cream are built on top of each scoop.

She turns around and asks, “You want sprinkles this time?”

Your eyes widen as you look up at mom. She looks down, gives you a smirk and nods in approval. You turn back with your open mouth smile and excitingly shake your head up and down.

Smiling she scoops a spoonful of rainbow sprinkles and scatters them over the bowl.

Max butterflies are in effect. You know it’s coming. The final step. She picks up the maraschino cherry by the stem and carefully drops it on the middle dollop of whip cream.

“How’s that?” she exclaims as your Banana Split is set in front of you.

Only one word can be uttered. “Perfect.”

Anyone who’s been to an ice cream shop in the middle of summer can relate to that story. You know the excitement that builds when you’re anticipating that banana split being laid on the counter for you.

It doesn’t matter how many times you’ve seen them make one, you watch intently as each step is executed in the same exact sequence.

The ice cream, the now slightly hardened and ripe banana, the fresh cut strawberries (sometimes strawberry topping), the whipped cream, the chocolate sauce and literally the cherry on top all make for the perfect, hot summer night treat.

When you walk into RockPit and ask for a “That’s ‘Merica”, our Banana Split Stout, you’ll be poured a small-batch milk stout aged on overripe banana, strawberry puree, and lactose. 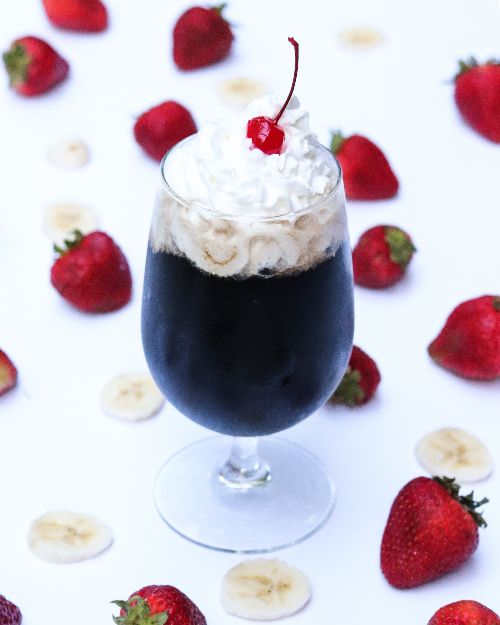 It’s our version of a Banana Split in a glass. We’ll even add a dollop of whip cream and a cherry if you want…

“That’s ‘Merica” is a collaboration effort with our friends at the homebrew club Brewers Anonymous and the craft beer group Libation Collective. Check them out if you want to be part of the thriving craft beer community here in Central Florida.

Get at this one a.s.a.p. as we only have a limited amount.

11 year old's can paint building a brewery concrete is heavy hand crafted brewery I may have been an aerobics instructor it's damn hot out its so damn dirty in here live music Lt. Dan got new legs open jam orlando yoga our tanks can only shoot beer plumbers can lay pipe the money pit is real trivia unique cool room yoga
Here’s how we’re pairing our beer with delectable food this wee...