Some RockPit weirdness going on. Is it us or them?

There’s some weirdness going on in the RockPit universe.

Well… At least when it comes to some reviews lately.

Overwhelmingly, we get positive reviews.

Sometimes those positive reviews include constructive criticism like “The owner Chris needs to wear different deodorant. He smells like a mix of stale beer and animal instinct.”

For the record, I wear Old Spice. And I, of course, made that comment up.

Seriously though, most of our reviews are great as evidenced by our overall score after two years. 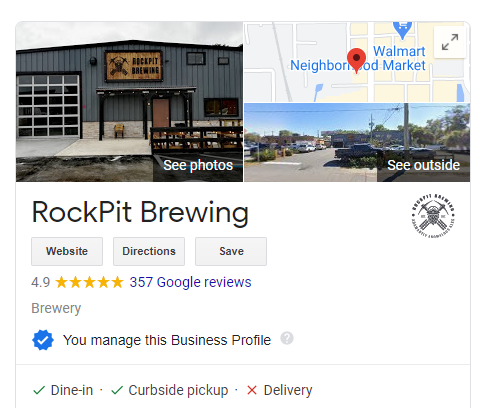 However, we’ve had some weird-ass things said about us lately, and we need your help figuring out if we’re doing something wrong.

Keep in mind that these are four-star reviews. They weren’t negative reviews. Just weird.

Are we just another Hooters/chain restaurant?

The review started off as “Much more of a commercial feeling (like a “hometown” BBQ place that’s really part of a chain) than the other breweries I’ve been to in the area. Not a bad thing, per se, but….. Staff is friendly enough but again, less hometown feel, more Hooters like.”

Talk about a weird mix of emotions.

On the one hand, I’m like, “Oh hell yes! We made everything by hand in here, so if our work is that good, we kicked ass!”

Hooters spends as much on the interior of their restaurants as we did on our whole brewery.

On the other hand, I’m like, “My daughter and wife were working that night. What are they wearing when I’m not around?”

Admittedly I haven’t been to a Hooters since the mid-2000s. So I’m not sure if they’ve changed their aesthetic lately.

But I don’t remember them looking like our brewery.

So my question to you is: Are we creeping into Hooters/Chain restaurant territory? If so, how?

Are we the brewery version of Animal House?

I was never in a fraternity, nor have I ever set foot in one. So I don’t have much experience in that department.

Sean (my business partner) was at Stetson in 1989. Maybe he’s influencing the updates to the interior as a throwback to his glory days?

Either way, the only thing I can think of is we have a historical record of all of our canned beer on display on the steel beams near the entrance.

We also have a skateboard given to us by HiFive after they won an award for the design of the “Darth Malt Legs” can art. 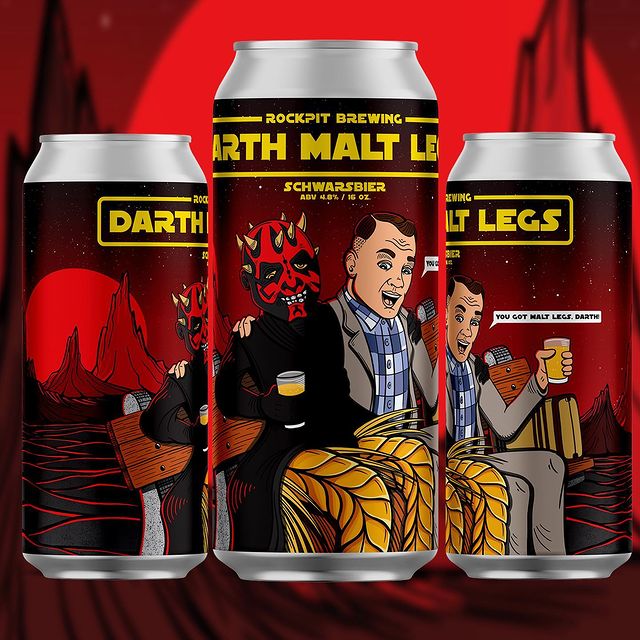 Other than that, I can’t think of a reason why he would make that comparison.

So… Any ideas on that comparison?

Again, I’m not complaining as the reviews were good ones. I’m just worried we’re not seeing something that others are seeing.

Do you see what they’re saying? If so, shoot me a message at chris@rockpitbrewing.com and let me know.

I’d love to get some good feedback other than changing my deodorant (again).

You’re “Gonna Need A Bigger Boat” to navigate these “Tasty...
Scroll to top