Have you ever noticed “Lil Rock” on your receipt?

It’s one of those things you’ve probably never noticed. The name on your receipt. I mean… who the heck looks at a receipt for a name?

In any case, the name “Lil Rock” has shown up on plenty of your receipts. And you probably already know who “Lil Rock” is. 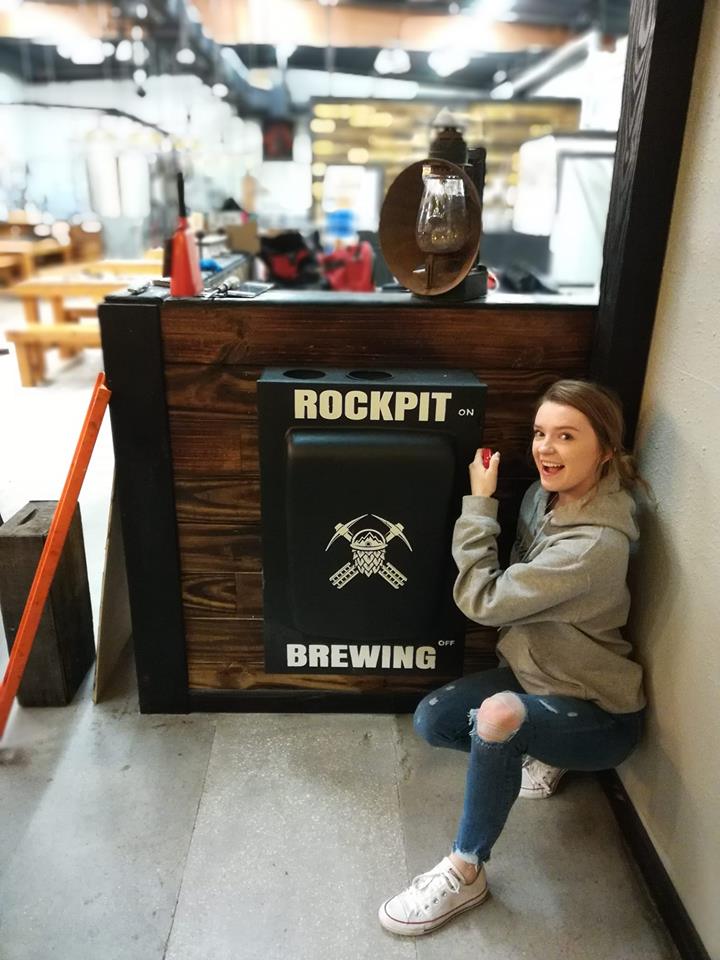 “Lil Rock” is the nickname I gave my daugther, Calista in our POS system.

Anyways… Calista’s been around craft beer for a while now. Being a fanboy of craft beer before we opened RockPit, she’s been dragged to many-a-breweries with me over the years.

But now she’s learning the ropes of the brewing industry for herself. The different styles of beers. How to make her own beer. How to help customers find the perfect beer for them.

How to deal with Sean and Jeremy (the hardest part of it all 😊 ).

And she brings her unique talents to the taproom by creating most of the beer signs you see behind the bar. A skill she absolutely inherited from my wife.

So next time you’re at RockPit, say hello to Calista and let her pour you a few. She’s really good at that now.

Alex walked into RockPit pregnant. 7 days later she strolls in with…

Alex & her husband Chris sat at the bar. After introducing myself, I asked Alex what she’d like to drink.

She smiled, patted her belly and said, “Water for me”.

My eyes widened a bit as I looked down and noticed she was pregnant.

Easy mistake… She didn’t look pregnant at all until I stood up on my toes to see her pregnant belly.

Thinking she was only a few months along, I asked when she was due.

Any day proved to be correct… Because 7 days later, Chris and Alex strolled into the brewery with 4-day old Logan. 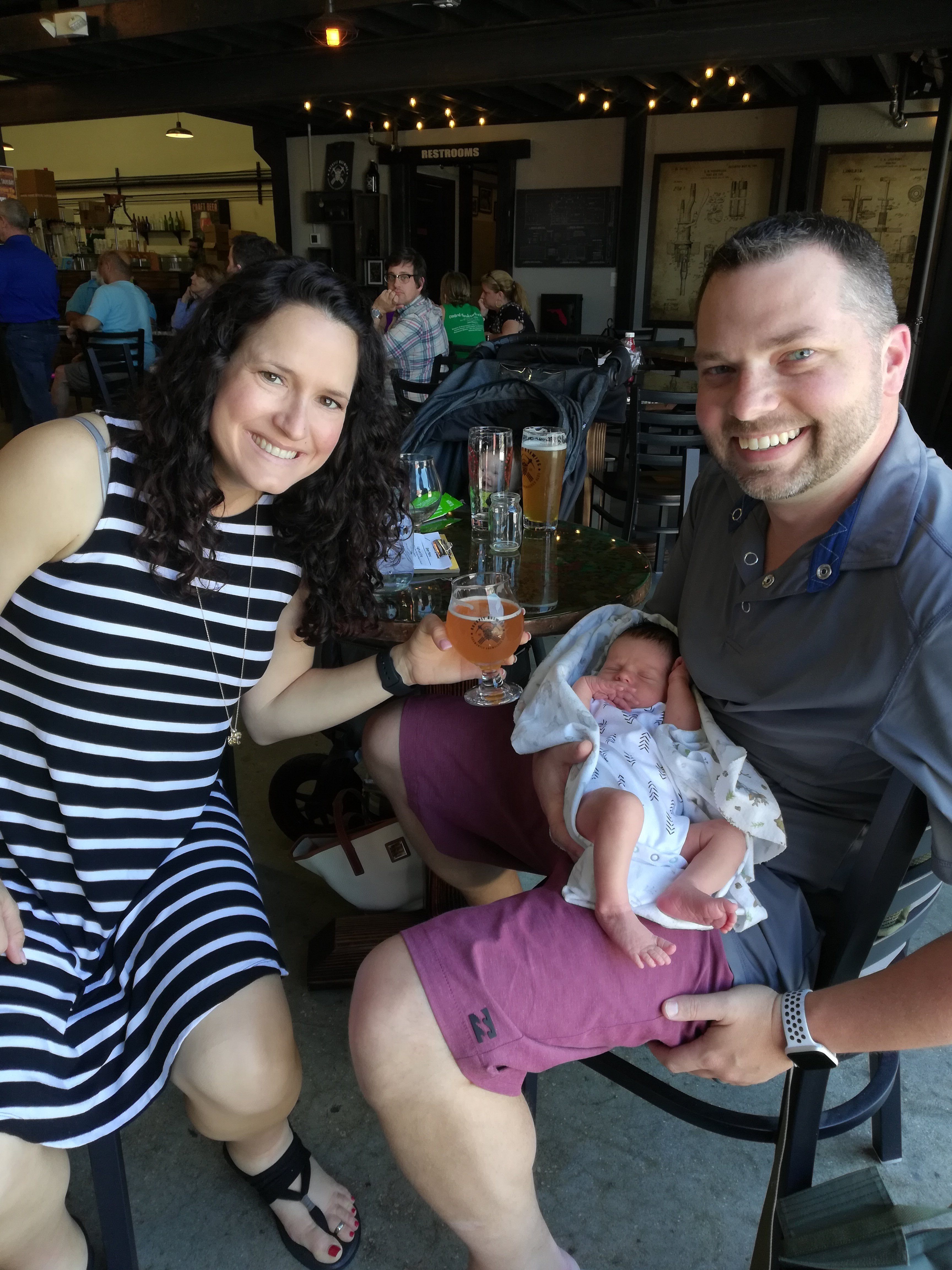 So, congrats to Alex and Chris! Welcome to the RockPit family, Logan. We’ll be seeing lots of each other.

It’s Nurse and Teacher appreciation week! That means it’s time for them to get their drink on at RockPit.

I have family members and good friends that are either nurses or teachers. To say they get a bit stressed is an understatement. You’d think that only teachers would get bit by their 5 year old students, but 50 year old patients bite the nurses too.

So to help them blow off a little steam this week, we’re giving them half off all beer, wine and cider. If you know any teachers or nurses, send em our way. We’ll make sure they’re well taken care of!

And yes… The teachers that know about this deal already have made us aware that teachers enjoy a beer or seven.

Yeah, sorry to say that there aren’t going to be any new releases this week.

But… There’s a good reason. Because we’re prepping for next week when we WILL have a few beer releases.

Beer we’ve brewed and are waiting to release

We have FOUR special beers that we recently brewed that we’ll be releasing soon.

Jasmine Wit – We brewed up a spicy wit beer and added jasmine tea from our friends at RoyalTea.

Gold Strike – The famous Gold Strike Golden Stout is going back on tap soon. If you didn’t get a chance to try this during our opening weekend, you’re in for a treat. Easily the most requested beer we’ve ever had.

Ele’s Brown Ale – Co-founder Ed’s imperial brown ale that was a homebrew favorite of ours. Glad we finally get to share this one with y’all.

Watermelon Sour – No name for this yet but we just added a bunch of watermelon puree to a sour base. So it’s going to be awesome… Thinking of calling it “Spittin’ Seeds”. Still working on the name.

That’s it for this week!

11 year old's can paint building a brewery concrete is heavy hand crafted brewery I may have been an aerobics instructor it's damn hot out its so damn dirty in here live music Lt. Dan got new legs open jam orlando yoga our tanks can only shoot beer plumbers can lay pipe the money pit is real trivia unique cool room yoga
10 Reasons Not To Vote For RockPit Brewing For Orlando Weekly’s Best Of...

What are IBU’s, RockPit?
Scroll to top