Finally. We’re putting these 5 beers on tap for RockPitOberfest.

Over the past few weeks, I’ve had several patrons ask, “Why are you waiting until the end of October for your RockPitOberfest event?”

“Why are you waiting until the end of October to release all your tasty, tasty fall beers?”

But to answer that, let’s step into the time machine and head back a year.

RockPit was a wee-little brewery with just six months of working experience under their belt in late July 2019.

We knew Oktoberfest was coming up, and we had a plan to release 5 or 6 beers onto the world in late September to coincide with Oktoberfest in Germany.

But as a young brewery, we had some growing pains.

Like selling more beer than we thought we would. Good problem to have, but it set us back.

Instead of brewing our Oktoberfest beers, we had to brew our core beers more than we anticipated. Mostly SoDo Blondin’ and Cackler.

We got bills to pay, and those pay it.

And to top it all off, one of our featured beers (Diaz De Los Muertos) was behind schedule too.

So we were behind, and there was no way to get everything ready in time for the end of September.

But like most things that happen to RockPit that we initially think is a bad thing, it turned into a good thing.

Instead of throwing just another Oktoberfest event, we decided to combine Oktoberfest and Halloween and call it “RockPitOberfest.”

Anywho… Everything worked out perfectly.

Because we pushed our event to the end of October, we had more time to plan a better event and all the beer was ready early.

Unfortunately, for you, the beer was ready early.

Unfortunate because we RockPitters have a bad habit of tapping beer and drinking some of it before we push it out to you.

We’ll just say that we had less Kumpel Marzen than we anticipated having available for you last year. And it ran out quickly, too.

We may or may not have consumed a bit of it again this year too.

No worries, we have a few kegs left for you.

So to answer the question officially: We started a tradition of waiting until the end of October to hold our Oktoberfest + Halloween event, and because it kicked-ass last year, we’re keeping it the same this year.

But we’re also making it better by adding live music. Nothing is better than enjoying a few beers listening to live music on a cool fall/summer/what-ever-the-hell-you-call-this-season night.

Speaking of which, another VERY good reason to hold off until the end of October is the weather.

Had we held it the last weekend in September, you would have died in the heat outside. It was ridiculously hot.

Looking like the high will be 81 on Friday and 84 on Saturday. MUCH better for us who enjoy drinking a few of the five RockPit beers we’re tapping for you outdoors.

With the expanded outdoor seating we’ll have available, if you can’t score a seat indoors, you should be comfortable outside, especially if you decide to swing by at night.

So there you go….

Five beers being put on tap.

I don’t know what else I could say that would convince you that swinging by RockPit this weekend is the only logical choice you have to ensure you aren’t suffering from SIMO on Monday.

SUPER IMPORTANT NOTE: The event doesn’t officially start until 6 PM on Friday. The reason for this is parking. You cannot park in the SODO Business Suites parking until after 5 on Friday. Please do not park there before 5 PM.

Cheers and see you this weekend at RockPit. 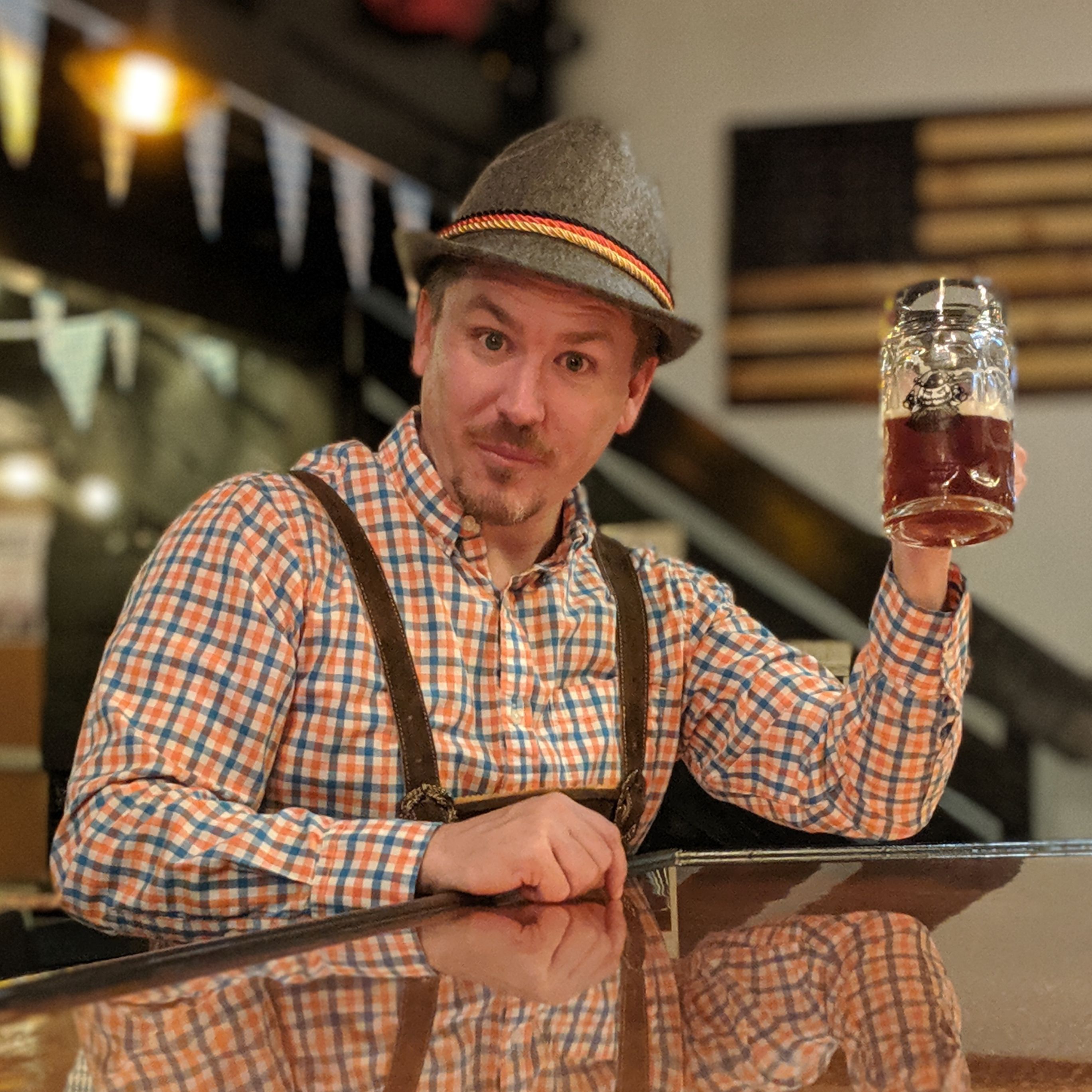 P.S. All the beers we’re putting on tap this weekend are below. We think you’re gonna like em.

It’s RockPitOberfest Weekend. Meaning we got lots of beer for you.

I want to take a moment to give a shoutout to Ashley, our social media gal / photographer. She absolutely knocks our pics out of the park. Give her a follow on Instagram or Facebook. Kumpel Marzen is our traditional Marzen, with a nice malt backbone of German Munich, Vienna and Caramel Malt that will make you feel like you’ve been teleported to Oktoberfest in Munich.

Dating back to Jeremy’s homebrewing days, this beer has been refined over the years to become one of the most sought after among friends and family.

Come find out why you’ll seek it out yourself every year during RockPitOberfest from now on (and why we drink kegs of it before we put it on tap for you).

Olde 1842 is a German Pilsner made in honor of Bavarian brewer Josef Grill who first made a pilsner in 1842. A beautifully colored beer with a crisp, clean and bitter flavor that’s a favorite among the brewers at RockPit.

This one pairs PERFECTLY with beautiful days like we are starting to get here in Florida.

Pumpkin To Talk About – Pumpkin Ale We are rolling out a new Pumpkin Ale from the RockPit Brew Crew. Brewed with 100lbs of pumpkin puree, vanilla and some other fine spices, this pumpkin ale will remind you of Pumpkin Pie without being overbearingly sweet. Our traditional German Hefeweizen with aromas and flavors of clove and banana.

If you’ve never had a Schwarzbier before, you owe it to yourself to give this a try. You won’t be disappointed if you like German style beers.

With a 4.8 % ABV, this is a perfect sessionable dark lager. Mustache Ride was brewed with the help of the Firefighters from Engine #5. It’s a super malty red ale that is perfect for fall.

And for mustache rides.

On tap and in cans November 1st.

I used to be cool