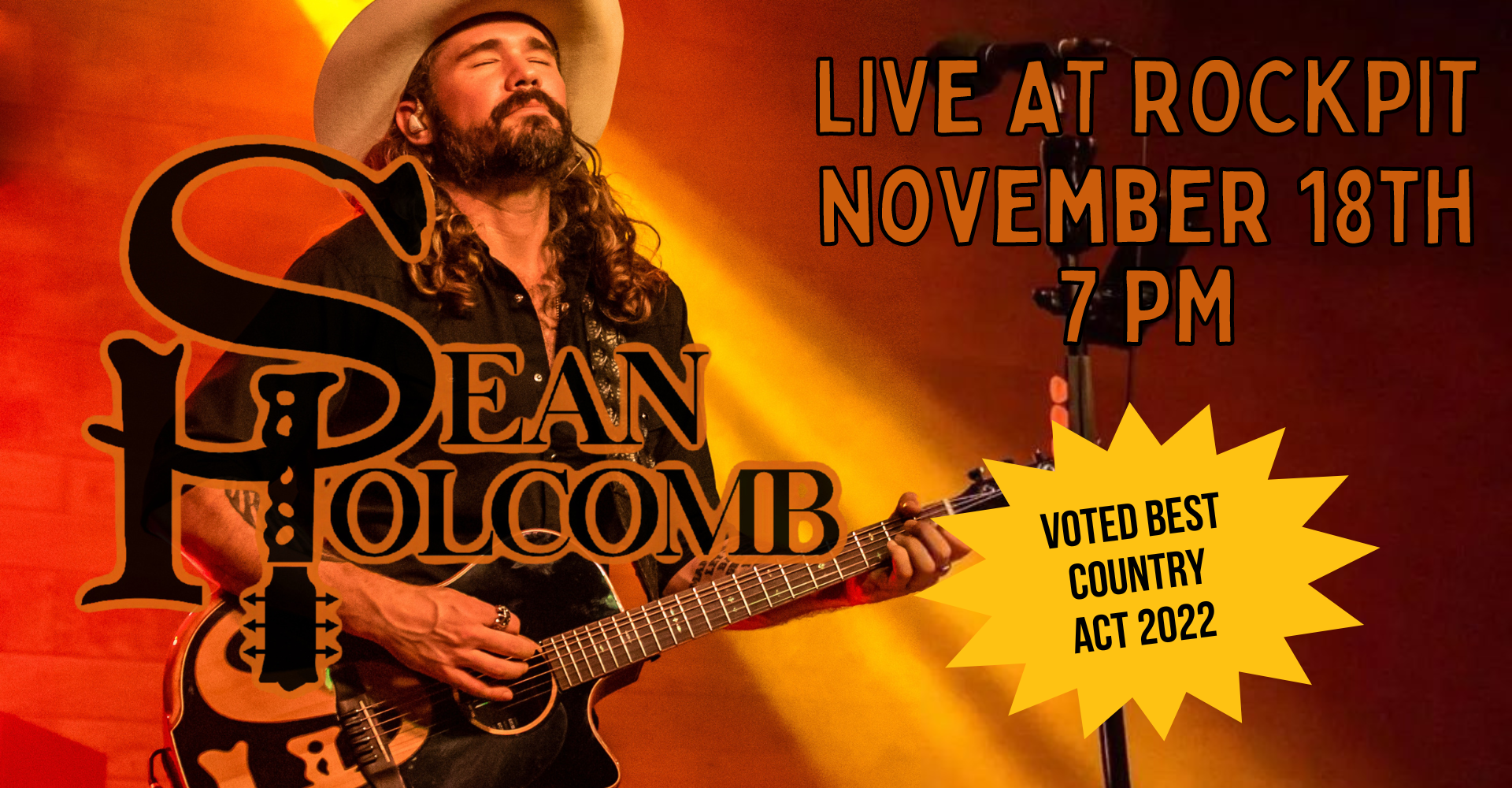 Put your boots on and head to RockPit Brewing for a night of awe-inspiring country music by the one and only Sean Holcomb.

Florida native and Nashville recording artist, Sean Holcomb, brings soulful songwriting, heart-tingling vocals, foot-stomping guitar abilities, irresistible personality and head-turning stage presence together in one delightfully authentic, ‘fresh-vintage’ country music package. With songs like American Dream, tailor-made for the times we are in, the irresistible vocal and instrumental blend of My Way or the Highway, his incredible writing signature on Let You Leave, the heart-puller Drinking for Two, and the barnburner South of the South, he is an artist and songwriter worth standing up for in today’s world of endless musical redundancy.

Rising popularity has come as no surprise to the Orlando native’s devoted Central Florida following. In 2022 readers once again named Sean Holcomb as number one “Best Country Act” in Orlando Weekly’s “Best of Orlando 2022.” The top ranking marked the third time since 2019 that Holcomb was named to the number one spot, and his fourth consecutive time in the top three Best of Orlando

Holcomb is no stranger to the stage. In a short time he has shared the stage with names such as John Anderson, Daryle Singletary, Rhett Akins, Lucero, Kenny Chesney, Mo Pitney, The Cadillac Three, LoCash, Thomas Rhett, Drake White and many more. Often compared to the likes of Chris Stapleton, Jamey Johnson, and Travis Tritt, Holcomb is bringing a fresh new ‘old’ vibe to country music with his original songwriting and a distinctive sound best described as a blend of ‘vintage country,’ Americana and country-rock. The perfect combination of grit and grace, Holcomb’s true-to-life cowboy persona is as real as it gets, drawing on his time as a former cowboy in southern Colorado. His thoughtful lyrics are laced with honest perspective from his lessons in love, loss, life, redemption, and yes — sometimes splashed with the alcohol-infused energy and modest swagger of a rising star.