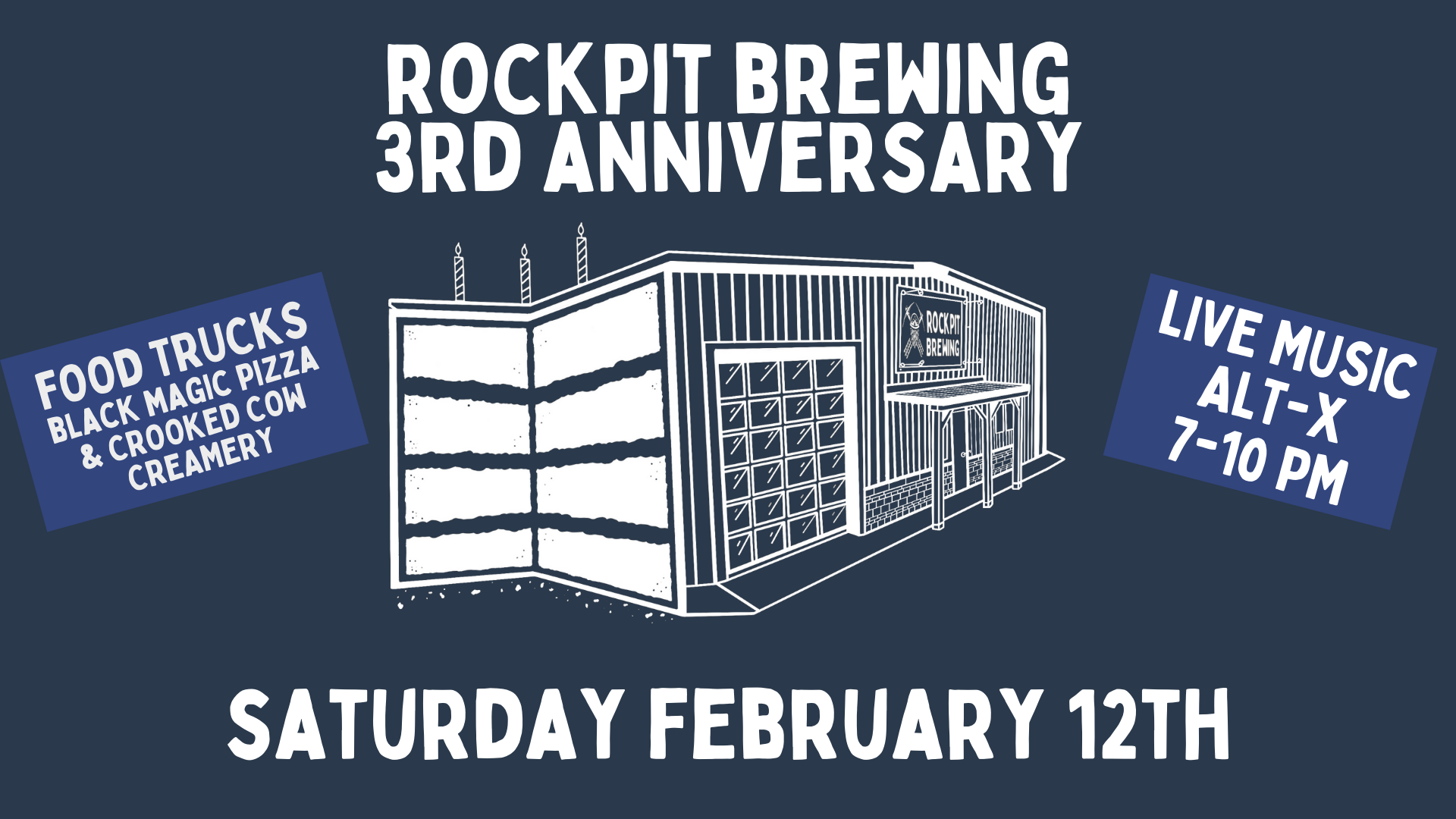 3) Be My Sourtine – Hibiscus and Rosehips Sour

Black Magic Pizza will be slinging their killer and sought-after pizza starting at 6 PM and our new friends Crooked Cow Creamery will be coming by with custom-made ice cream made with our BlackStrap Con Leche and Gold Strike Beer starting at 3 PM.

Alt-X will bring the house down with live music from 7-10 PM to close off the anniversary party.