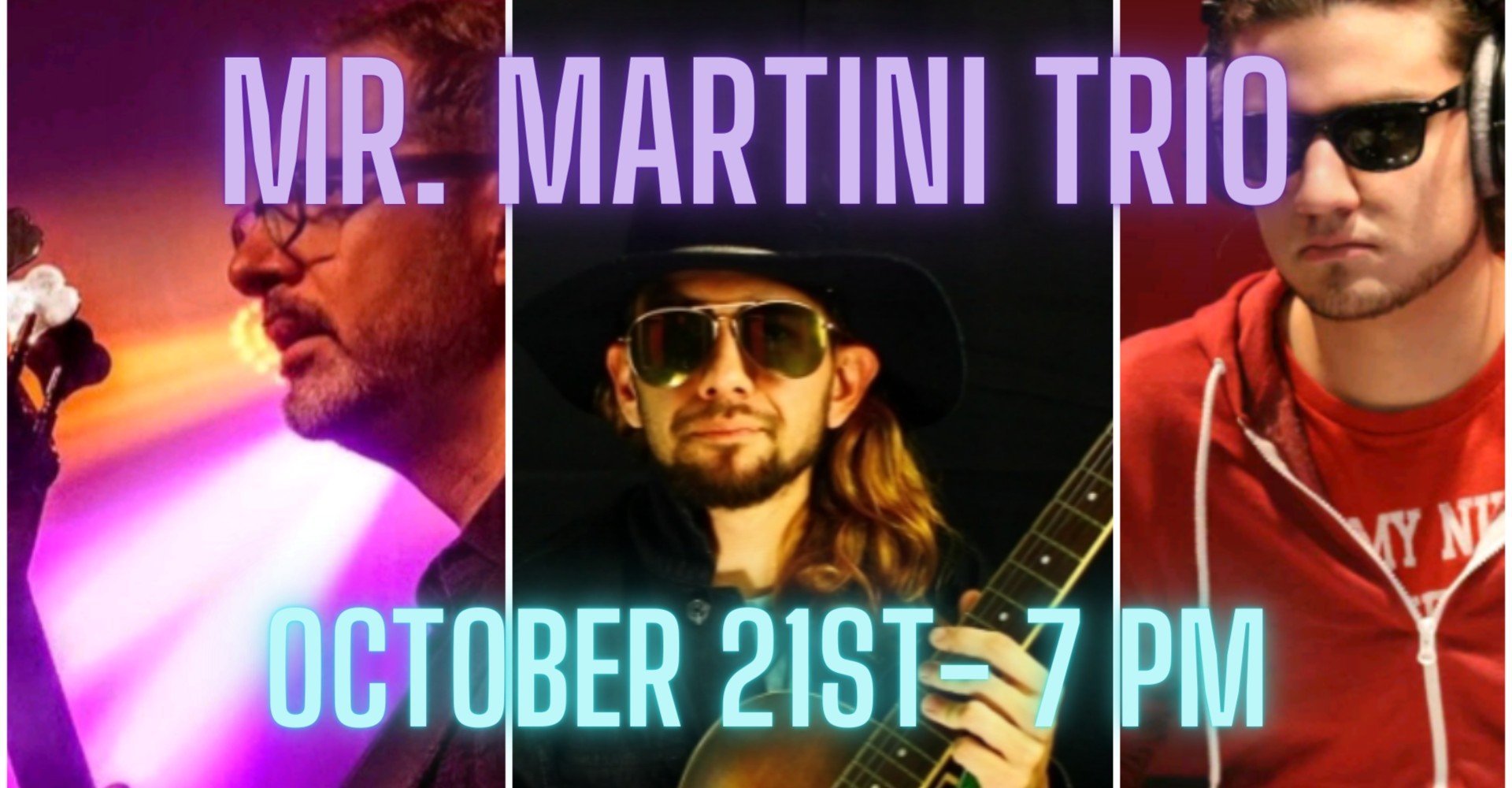 Ready to jam on Friday night? Because with the Mr. Martini Trio, that’s what you’ll be doing.
Mr. Martini’s band brings together a dance party and jam vibe from a melting pot of 100 years of American and International music interpreted by a powerhouse band that features Martini: a former American Idol contestant and touring guitarist who has worked with dozens of grammy winners including members of Phil Collins, Gloria Estefan, Bob Marley, Broadway’s Rent, Shakira, David Lee Roth, Third Eye Blind and many more.
Come dance and jam away to your hearts content before its too late.
Fresh off a tour of the east coast playing guitar for headlining act at Grassroots Festival, catch him while he’s in his favorite community brewery.
You won’t want to miss it.
Featuring special guest singer for 1 set local vocal powerhouse Scott “The Wood” bringing 90s rock wails and vibes.