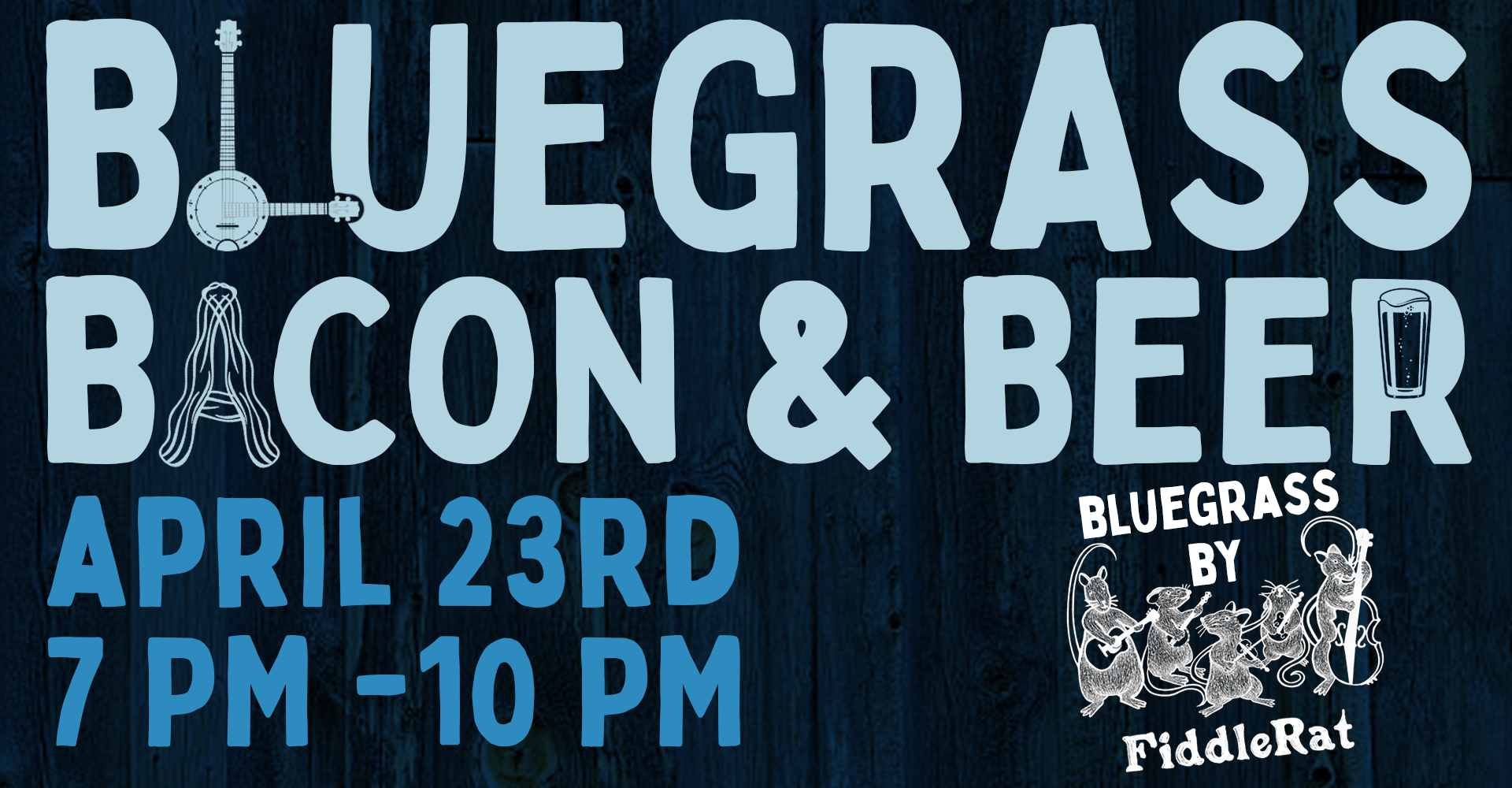 So we decided to create a Bluegrass, Beer, and Bacon night on April 23rd.