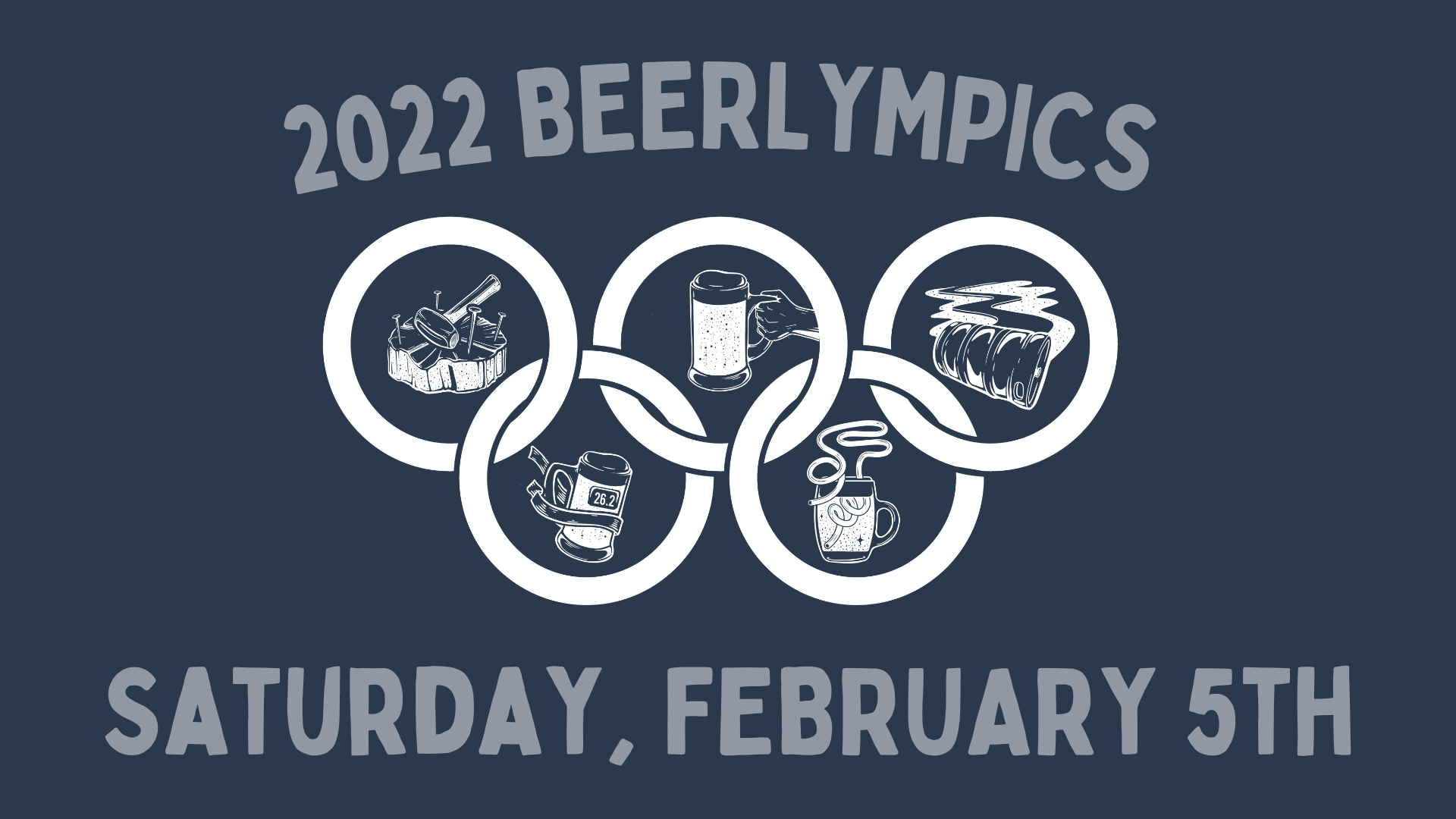 The Beerlympics are back for year two. This time it’s a team event featuring five beer-related games that will test your hand-eye coordination, strength, and, of course, beer consumption skills at RockPit Brewing and South Orlando Crossfit.

Proceeds from t-shirt sales will be donated to United Against Poverty Orlando.

You can sign up as a single participant but will be assigned a team the day of the event. We encourage you to get friends to participate with you.

Your team of four will compete in these five games:

In this event, each team member will each play Hammerschlagen on a single stump for time. Once the timer starts, each team member must hammer their nail into the wood until it’s flat with the surface. Your time will stop when the last person has finished hammering their nail.

In this game, each team member will carry a stein filled with liquid 26.2 meters handing it off to the next person until all four members have completed their leg of the race.

You’ll be scored on time and the amount of liquid lost in the stein.

In this competition, we will fill a five-ounce cup with beer for all four team members. One by one, each team member will chug the beer through a crazy straw, run to the next person and tag them which will start that team member’s chug.

The game is finished when all four team members have completed the chug and will be scored for total time.

In this game, there will be a partially filled keg that will be rolled on the ground by each team member for a short distance until all four team members have completed their leg of the race.

Scoring is based on the total time of all four team members completing their leg of the relay.

A beer games tradition known around the world. In this competition, each team member will be given a 32oz stein filled with liquid. They will hold the stein out in front of them where the rim of the stein is below eye level, but above shoulder level. Your time will stop once the stein drops below eye shoulder level.