End of Summer Party / Not So Grand Opening / Bottle Release

So we never did an “official” grand opening. And because we can’t “officially” have a grand opening now, we’re going to go ahead and just throw an “End of Summer” party and call it a “no so grand opening”.

But don’t let that fool you. This thing is going to be FILLED with LOTS of beer.

We’re going to fill our taps with tons of limited release beers (some old favorites making their way back) and we’re going to end summer with a freaking bang. 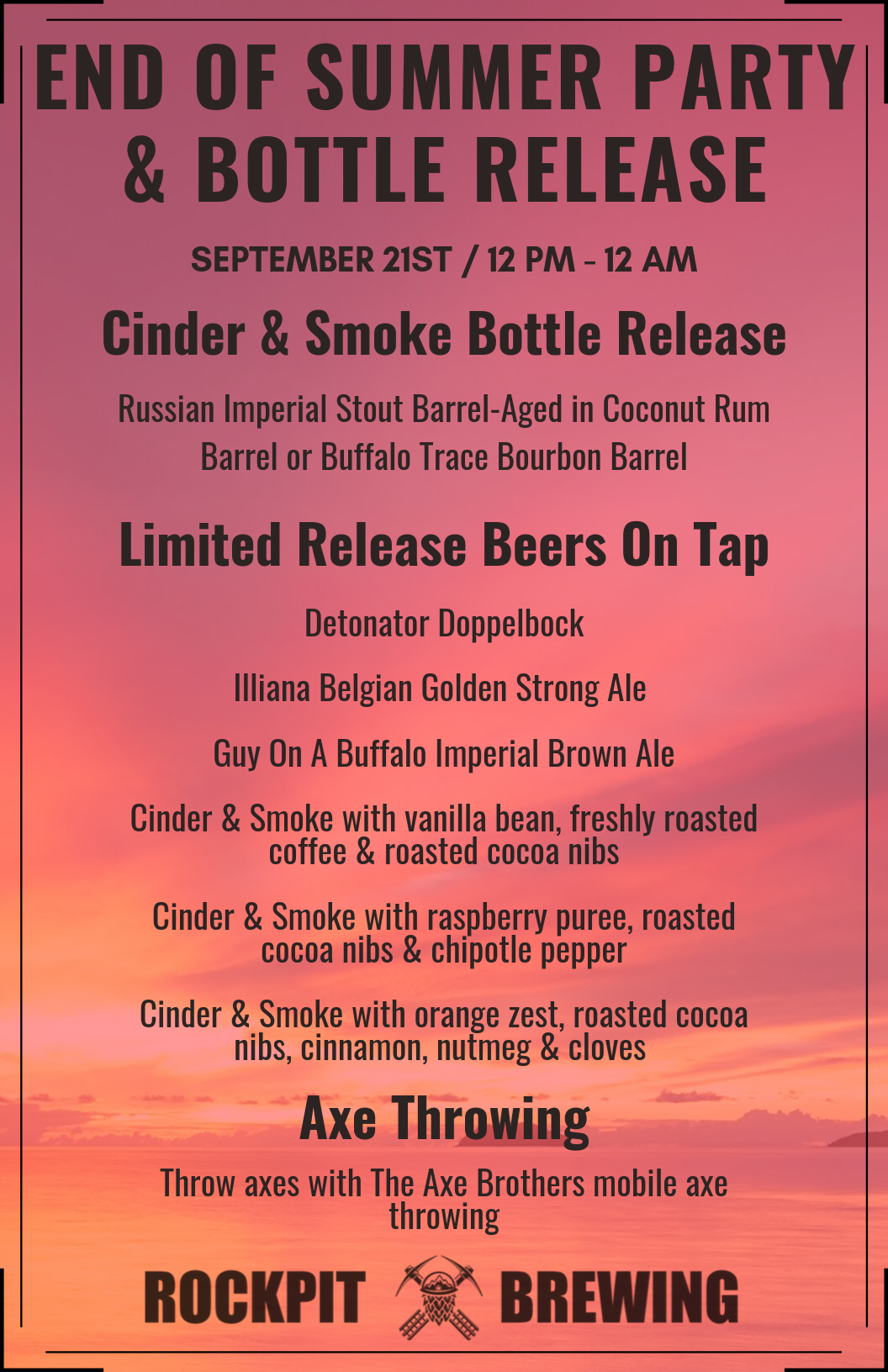