Chris’ daughter teaches him (and the other owners) how to paint

There were two problems.

It was just a trashy situation.

So we did a bit of brainstorming…

We went through several different ideas like creating a wood ceiling (massively expensive), adding drywall (too hard and ugly) and even just leaving the roof bare by cleaning it well. But then we remembered we live in Florida and leaving it bare would basically create an environment where all of our customers would be roasted.

Not a bad idea if you’re a cannibal, but none of us are, so we went in another direction.

We decided to do something a bit anomalous.

We added black insulation to give the ceiling a “coal mine” look at feel and decided to paint the beams bright copper. We’ve seen these beams in red all over the place but we said “You know what… We’re anomalous, let’s go H.A.M. and paint em copper.”

And that’s what we did.

After the first coat of paint, it looked bad. Like real bad. So we switched paint. Then it looked ok. We couldn’t quite capture the look we wanted.

Then something weird happened.

Chris’ 11 year old daughter said she wanted to paint them. We couldn’t make them look any worse, so she went up with Chris on the lift and starting painting.

After about 10 minutes, Sean looked up and said “Dang, those look great now. What did y’all do?”.

I said “Nothing, I’m just letting her do it”

We all watched her work. It was pretty amazing. She hit every spot with precision. Chris had to help her a bit, but she handled most of it on her own.

When we got finished with that beam, here’s how it looked. 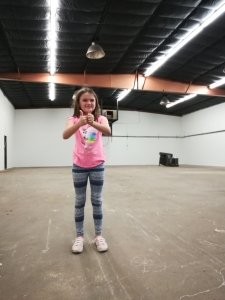 Callie in front of the beam she painted.

Sean got up on the lift and finished the other beams and now they look simply amazing. 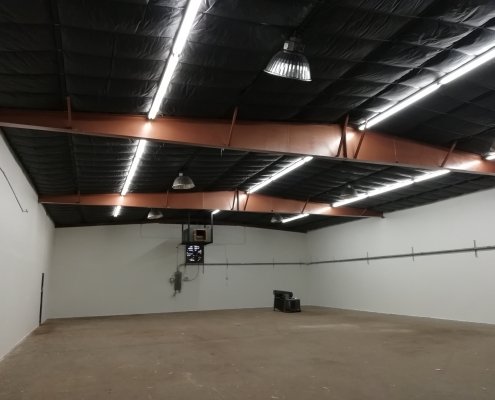 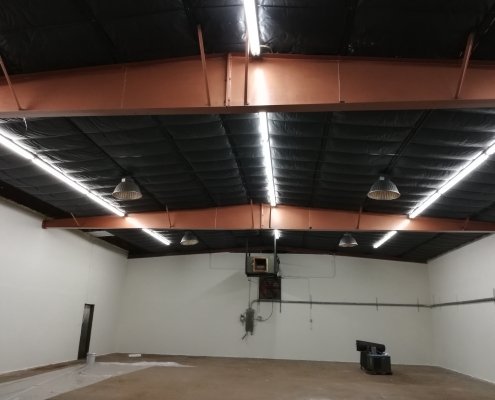 11 year old's can paint building a brewery concrete is heavy hand crafted brewery I may have been an aerobics instructor it's damn hot out its so damn dirty in here live music Lt. Dan got new legs open jam orlando yoga our tanks can only shoot beer plumbers can lay pipe the money pit is real trivia unique cool room yoga
New walls? Lt. Dan… You got new walls!!

Concrete is hard to cut
Scroll to top