It’s weird how trends get started.

This year, the most unlikely one was where our mug club members and regular customers proudly referred to themselves of a-holes or “AH” for short. 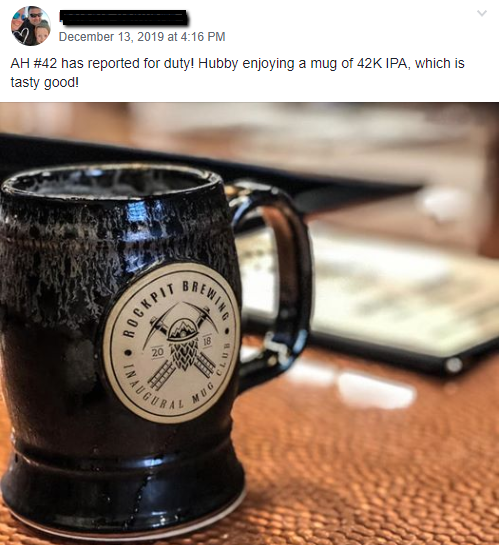 Our very own “A-holes” checking in.

If you’re unaware of the story of why this happened, you can read about why one of the weirdest Yelp reviews ever lead to this.

Despite a taproom being filled with a-holes, we accomplished something pretty great this year…

Not bad for a few locals who never ran a brewery and taproom before. But we had a vision of how we wanted to run the taproom and stuck to it. It’s working out so far. Mostly because our staff kicks ass.

The cool thing is now when I ask people how they’ve found us, 5-10 times a day they respond “I saw your reviews on Google / Yelp and had to see it for ourselves”.

Because of your reviews we’re getting new customers in the door and you’re helping us grow our brewery simply by saying a few kind words about us.

How cool is that?

That doesn’t mean we’ve been perfect. Far from it. But every time we’ve screwed up we learned from it. As the experts say, you only learn from your mistakes.

And let me tell you… we’ve learned a LOT this year. 🙂

2019 was filled with good times

But despite being called a-holes, the screwups and the stress-filled, vomit-inducing “OMG ARE WE GOING TO OPEN” January, this year has been filled with good times.

Good times where we got to hang with you while you enjoyed our beer and Cecil’s BBQ. 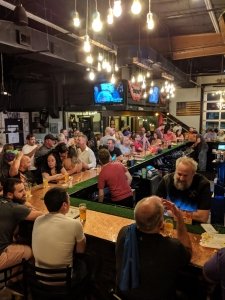 Hanging with us at RockPit

Good times where we learned about you and your family. Including your kids who tag along and enjoy themselves at RockPit.

Liz and her son @ RockPit from Girl-meets-beer.com

Good times where we got to know your dog by name and treated them to snacks. 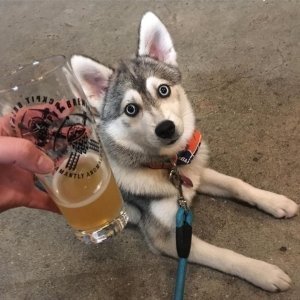 Willow the Wolfie Hanging at RockPit

Good times where you threw axes in our parking lot (which is coming back again soon). 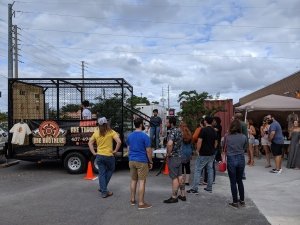 Good times where you cheered for your favorite college / nfl football team or for America in the women’s world cup. 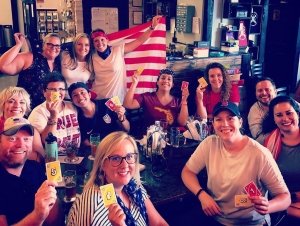 Heck, even good times where we showed up on a few TV shows 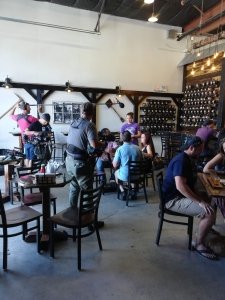 Sarah being filmed on 90 Day Fiance (See the episode here)

And yes, we even have a good time when you’re not around. 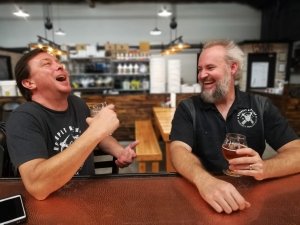 Jeremy and Sean laughing at nothing

We’re going to continue teaching how to become the most knowledgeable beer drinkers in Orlando.

And finally we’re going to continue to get to know more and more of you personally which is our favorite to do at RockPit.

So thank you for an unexpected, yet wonderful 2019. It’s been an incredible 10 months.

11 year old's can paint building a brewery concrete is heavy hand crafted brewery I may have been an aerobics instructor it's damn hot out its so damn dirty in here live music Lt. Dan got new legs open jam orlando yoga our tanks can only shoot beer plumbers can lay pipe the money pit is real trivia unique cool room yoga
We use these little things to add chocolate to our beer

We’re heartbroken to tell you this
Scroll to top